PAX is one of the biggest enthusiast shows of the year and Sega will be taking full advantage of the massive audience with Sonic, Hatsune Miko, and that Alien game everyone is talking about. 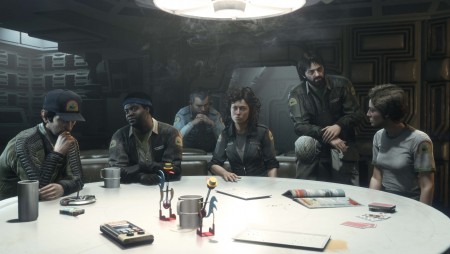 There’s little doubt that this Autumn, and really this Holiday Season, is going to be a big one for Sega. The publisher not only has the Sonic the Hedgehog revamp debuting to a fan base that’s been somewhat critical of the designs chosen, but they’ve got the incredibly interesting Alien: Isolation on tap as well. Looking like something of a redemptive title for the franchise, Isolation feels like a huge winner, capturing the essence of the Alien mythos while reintroducing something that’s truly lacking in gaming today- terror.

Both versions of Sonic Boom (the new Hedgehog game) will be there (3DS and Wii U), and Alien: Isolation will be in attendance for you to see at PAX in Seattle this week at Sega’s booth (#232) on the show floor. You’ll actually be able to win a boss Alien jacket that’s limited to ‘survivors’ of the demo that they’ll be showing off too, so there probably won’t be too many handed out. Get one if you can…

As I mentioned as well, the rhythm game Hatsune Miku: Project DIVA F 2nd ( that’s a mouthful) will be shown as well. I don’t know took much about this one, but rhythm games in general are still in pretty short supply here in the extended aftermath of the Rock Band/Guitar Hero war, so it’ll be worth checking out if you’re a fan of the genre.

Here’s the full press release with all the pertinent deets:

SEGA® of America, Inc. is heading to 2014 PAX Prime in Seattle with its fall lineup in tow and ready to unleash on all in attendance. Gamers will be given the chance for hands-on demos of Alien: Isolation™, Sonic Boom™: Rise of Lyric, Sonic Boom™: Shattered Crystal and Hatsune Miku: Project DIVA™ F 2nd, creating a unique experience for fans as they get a detailed look at the hottest games of the year.

Coming off the heels of its national debut at San Diego Comic-Con, Alien: Isolation will be showcased in amazing, spine-tingling fashion at Booth #232 with game demos in a custom-designed, giant-sized Alien egg pod. The pod creates a self-contained, fear-inducing, immersive gaming experience for the newest title of the Alien™ franchise. As gamers tremble in fear, the Alien: Isolation booth will have a live on-site stream feeding on-lookers and fans the POV gaming perspective, prepping gamers for the intense experience before they enter one of several gaming stations.

When it comes to SEGA’s iconic Blue Blur, Sonic the Hedgehog will be racing into PAX at top speeds in Sonic Boom, a brand-new extension of the Sonic Universe.  Touching down at Booth #652, fans will get an exclusive first-look at the brand new multiplayer capabilities of Sonic’s newest adventures Sonic Boom™: Rise of Lyric. The new games Sonic Boom™: Rise of Lyric for the Wii U system, developed by Los Angeles-based Big Red Button, and Sonic Boom™: Shattered Crystal for the Nintendo 3DS hand-held system, from San Francisco-based Sanzaru Games, will introduce two unique and epic adventures as Sonic and team work together to stop the evil villain- Lyric! Play as multiple characters, each with their own abilities, as you explore, fight and speed through an undiscovered land. Each game features its own individual story and gameplay features. As an added extra for Hedgehog fanatics at PAX, SEGA will also preview the upcoming toys from TOMY® and the newest trailer for Sonic Boom™: Shattered Crystal. Be sure to tune into Sonic’s first-ever CG-animated television series debuting on Cartoon Network this fall.

Jason's been knee deep in videogames since he was but a lad. Cutting his teeth on the pixely glory that was the Atari 2600, he's been hack'n'slashing and shoot'em'uping ever since. Mainly an FPS and action guy, Jason enjoys the occasional well crafted title from every genre.
@jason_tas
Previous New Mario Kart 8 DLC coming in November and May
Next DST presents Spider-Man vs Electro box set