One of the biggest publishers in the comic book world will be on hand for this weekend’s Anaheim, CA con with a pair of panels designed to indoctrinate fans into the Marvel Universe and give some tips for actually working for the company. 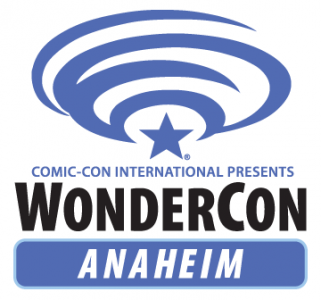 To say the least, this is a pretty interesting split of panel presentations that Marvel Comics has readied for Wondercon. The first presentation, called simply The All-New Marvel NOW!, is targeted at comic fans who aren’t into Marvel right now, but might be looking for a jumping on point. This talk will outline the best books to pick up to get onboard with the Marvel NOW! bandwagon.

As for the send panel, that’s more interesting still. Breaking Into Comics the Marvel Way is strictly for writers and artists (and anyone else) who’s longed for the chance to work inside the publisher’s hallowed halls. If you’ve dreamed of writing the next big X-Men crossover event or penciling one of the biggest superheroes in the world with Spider-Man, this one’s for you.

Here’s your official rundown of times and locations as well as the promo copy:

MARVEL: Breaking Into Comics the Marvel Way
Time: 11:00am
Location: 207

Are you a writer or artist?  Ever dream of working for Marvel?  Do you find yourself thinking “I could do that, if I knew how!”  Well, here’s your chance!  Join Editor Sana Amanat and panelists Kris Anka (X-Men), Kelly Sue DeConnick (Captain Marvel), Sam Humphries (Avengers A.I.), Steve Lieber(Superior Foes of Spider-Man), Richard Isanove (Savage Wolverine), Marjorie Liu (Astonishing X-Men), James Robinson (Fantastic Four, All-New Invaders), and Mark Waid (Daredevil, Hulk) to find out how to get your foot in the door at MARVEL!

Jason's been knee deep in videogames since he was but a lad. Cutting his teeth on the pixely glory that was the Atari 2600, he's been hack'n'slashing and shoot'em'uping ever since. Mainly an FPS and action guy, Jason enjoys the occasional well crafted title from every genre.
@jason_tas
Previous Sadistic platformer Life Goes On hits the PC
Next Meet Endless Legends’ newest faction, the Necrophages