The first PlayStation console was a hotbed of fantastically original games, many of which have gotten lost in the cracks of gaming history. These are five of my favorites that are screaming for another look.

The PSOne broke a lot of ground and really presented a new age for gaming when it debuted in Japan back in 1994 (yes, it’s been that long). I picked up an import console at the time and man was I glad I did. The games were head and shoulders above everything else out there at the time and the console itself was really only rivaled by the Sega Saturn; though history would favor Sony’s machine in the long run as Sega fell off to third-party land.

Right from the jump I was knocked over by the likes of Tekken (the first one!) and Battle Arena Toshinden. I remember many an hour spent with my friends battling through fighting tournaments with those two games alone on that little grey console. Good times…

As it is with most things though, eventually the PlayStation gave way to a successor. And also as it is with most things, a ton of what was great about that first Sony console got lost in the cracks of time- and by that I mean many of the games that I had figured would have been long-term series’ never saw the light of day again. Others were even revisited numerous times, but never matched the fun of the originals.

So this list today that I was compelled to put together for some reason isn’t a definitive look at what’s best from the PSOne era, but instead a look back at some truly great games that I loved and ones that I think go the short end of the stick. Some of what I’m about to mention aren’t wholly original either and have extended their lives into even the modern era (so don’t freak out when you see number 2), but as I mentioned above; they never (ever) recaptured the glory of what they had when they were on the PlayStation. 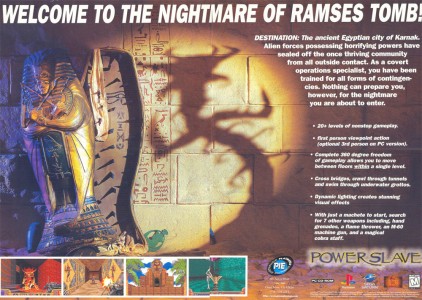 5.) Powerslave – Not the Iron Maiden album, Powerslave the game from Playmates Interactive Entertainment (and called Exhumed in Europe) nonetheless shared an ancient Egyptian motif with that classic rock disc of the same name. Powerslave was a fairly formulaic FPS, but one that had style and some cutting edge design for its time.

Created with a true 3D engine (much like Duke 3D), Powerslave on the PlayStation (it also appeared on the Saturn and the PC) had some excellent lighting effects and general level design that emphasized exploration; not something that you’re probably used to seeing in a first-person shooter even today. There were also some very col power-ups that you’d need to collect to move from place to place in the game and some great enemy design lifted straight from Egyptian lore (as well as some that weren’t). 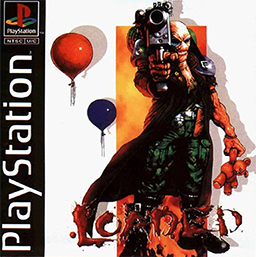 Give a modern version the Unreal or CryEngine and a rebooted story (maybe one that actually makes sense) and you’re talking about a title that’d instantly stand out from the crowd.

4.) Loaded – This one could have also been called ‘gruesome’ and it would have been accurate. Interplay and Gremlin Interactive’s action/shooter romp called Loaded actually did receive a sequel (also on the PSOne) and appeared on the Saturn as well, much like Powerslave.

The game follows a cadre of insane mercs who’ve been framed for the crimes of a revolting space pirate named FUB. As you might imagine, these crazies want a little revenge and must fight their way through an intergalactic prison to get to the main man/thing himself and take him out. The story is minimal though and the real action is in the over-the-top gore and violence that really approaches laughable levels.

I honestly don’t even know how easy it would be to get something like Loaded made today with it’s exploding bad guys and showers of viscera; this game was violent… and fun. With character designs from DC and 2000AD comic book creators Garth Ennis and Greg Staples, it was also fairly unique and had some fantastic looks for its time. Yeah, Loaded pretty much played like every other shooter out there, but an updated version with an all-out action tilt and the same off-center humor of the original title could really rock on the likes of the PS4 or Xbox One.

And besides, the sequel (Re-Loaded) was pretty bad and the third game in the series never even got off the ground, so it’s about time Loaded got another day in the sun. I’d love to see a sequel for Interplay’s blast-a-thon. 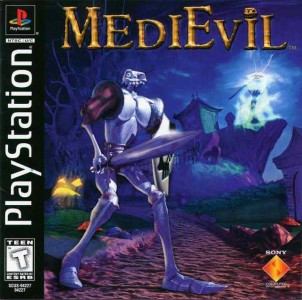 3.) Medievil – You might be thinking that Medievil has had a bunch of sequels, but you’d be wrong. Sir Daniel Fortesque returned from the grave and fought the forces of the evil sorcerer Zarok in the original game and one sequel, which was released in 2000 and also for the PSOne. And, other than what basically amounted to a redux of the original title on the PSP a few years back, that was it for one of tehe best characters to come along in the early days of Sony’s plunge into the gaming industry. Quite frankly, this bad boy needs a comeback.

Since the original game was so great (seriously, it’s 3D action/platforming bliss), I wouldn’t reboot Medievil, but I would pick the story back up from where we left off and continue the tale of the bumbling undead warrior. The cartoony visuals mixed with the spooky designs were contrasted beautifully in the original title (and the sequel) and a modern version with near-Pixar quality looks would be heaven.

Sony actually owns the rights to Dan and his Medievil adventures too, so licensing the property (or finding who actually owns it) shouldn’t be much of an issue. The hero of Gallowmere needs to ride again on the PS4; make it happen guys.

2.) Crash Bandicoot – Yes, I know, I know. Crash has had a dozen sequels, reboots and revivals and has even had games as recent as last-gen on the PS3 and Xbox 360. I know all of this, but none of it is even close (maybe with the exception of Radical Entertainment’s installments) to as good as Naughty Dog’s original few titles from the late ’90s on the PSOne were.

Crash had a magic back then that few games could match and was even the unofficial mascot of the PlayStation brand taking the crown from Sony’s floating head… thing. Since that time (basically the turn of the millennium) the IP has changed hands (settling at Activision) and the series has seen tumultuous times a-plenty. The games also completely strayed away from the simple fun that the originals were and got way too convoluted. Sure the series still has the colorful and bright looks of those side-scrolling titles, but the magic isn’t there at all and the character has fallen into the gutters of past-their-prime game industry icons (a pit that Sega’s Sonic is getting dangerously close to falling into, but I digress). The question is, could he be effectively brought back? And the answer is absolutely.

A full-on reboot is in order here and a return to the semi-3Dish side-scrolling platformers that made Crash a household name. Go back to the original vibe with a simpler Crash, less in the way of periphery characters and a revisitation of the first story that captured fans attention so completely. It could easily happen, as Activision has been batting around the idea of just this (without the side-scrolling part) for a few years now. Cross your fingers.

1.) Broken Helix – Chances are you won’t remember this little gem from 1997. Broken Helix is an action-oriented third-person shooter set in a conspiracy-heavy, alien infested Area 51. Oh, and it also starred none other than Bruce Campbell as the main character, Jake Burton. 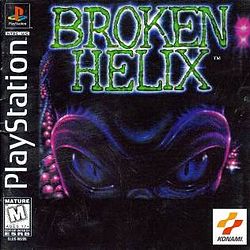 Among the tons of awesome stuff that Double Helix did right (casting Campbell amongst them), the game had a great sense of humor (yes, it was actually funny), terrific gameplay, solid graphics and a fantastically engrossing story. It also had a hit team dead set on taking you out that was led by a Schwarzenegger sound-alike, for that alone Broken Helix gets points. It was great and I played the heck out of it is basically what I’m saying though.

This was no shallow shooter either as there were four possible plot-lines with endings unique to each of them, ensuring lots of replay value. Campbell’s lines alone were worth the price of admission as the genre-vet gives a great performance and the writing behind him is top notch pretty much throughout the adventure. As I said too, it’s not just all action, it’s actually pretty funny.

I’d love a sequel set in the same universe as Konami’s original game, but a reboot would be fine with me too. Really either way, just to get back into the universe that Konami created here. It sometimes seems like the gaming giant has a penchant for creating interesting games and then promptly forgetting about them in favor of franchises like Metal Gear and Castlevania. Not that I’m complaining about getting a new MGS very few years, but revisiting some of their older games like Broken Helix (and the excellent Metal Warriors from the SNES, but that’s for another time) would be a great way to get utilize a great already existing catalog of characters and settings.

Heck, slap a new coat of paint on this one and I’ll still buy it as an HD remake. I’ll bet there are plenty of others who feel the same way.

While I wanted to keep this list to five games (more manageable that way), there are tons more that I was thinking about while I was working on cutting my selections down to five. Here’s some more PlayStation classics that I’d love to see get a little more attention from publishers and developers:

Honestly, there are probably too many more to name, so I’m going to cut it right here and say that’s it for my little list of forgotten faves for today.

I hope you enjoyed reading. Hopefully it also brought back a few memories for you from what I like to call the Silver Age of gaming. If it did, feel free to let us know what you’re missing faves are and what you’d like to see done with them in the comments below.

Jason's been knee deep in videogames since he was but a lad. Cutting his teeth on the pixely glory that was the Atari 2600, he's been hack'n'slashing and shoot'em'uping ever since. Mainly an FPS and action guy, Jason enjoys the occasional well crafted title from every genre.
@jason_tas
Previous Explore Castlevania: Lords of Shadow 2’s Mastery System in new trailer
Next Atlus announces a quartet of new Persona titles