Blood of the Werewolf (PC) Review

As someone that has a soft spot for the old school side-scrolling platform games, Blood of the Werewolf was a game I was desperate to get my hands on upon hearing of it. 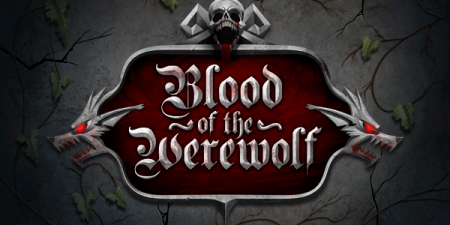 The game follows Selena, one of the last of a clan of werewolves, whose husband has been brutally murdered and her son kidnapped. She must make her way through various different stages as well as encountering fictional monsters such as Dracula, the Mummy and Hyde just to name a few.

Before I go into detail about the gameplay mechanics, I would just like to say that all game developers should take notes from this game as to how female characters should be represented. Selena is not some silly, young, ditzy girl that’s just been thrown into a hapless situation, nor is she some big busted woman running around with barely any clothing.

No- she is a strong-willed mother, who has just lost her husband and is determined to go through any lengths possible to rescue her kidnapped child. This for me, is the one thing that makes her such a bad-ass, butt-kicking protagonist and officially one of my favourite female lead characters since Samus Aran (from the original Metroid series, not that trashy Other M version, which destroyed her completely). 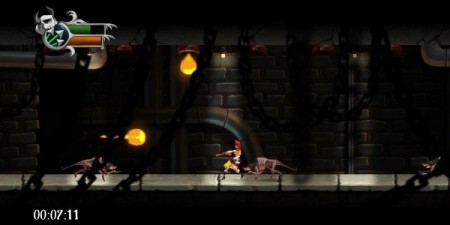 I used my Xbox gamepad for Blood of the Werewolf and I must admit, there are certain moments in the game that  are more suited to using mouse and keyboard; mainly when you are in control of Selena’s human form. The mechanics are pretty similar to an FPS in some respects, like having to use the right analog stick to aim and the right trigger to fire the crossbow. That crossbow comes in extremely handy when you’re running in the opposite direction, by the way.

But like I just mentioned, I felt that using the mouse made things much easier with aiming. It just felt somewhat awkward using the analog stick and it’s really tough to get any kind of accuracy or precision. The problem lies in the fact that most of the platforming sections and the moments when you transform into a werewolf are suited to using a gamepad. So in short, the mechanics are kind of unbalanced at times, but it wasn’t unplayable. Just  using the crossbow with a pad is difficult, which could lead to frustration at vital moments.

Speaking of frustration, I should point out there are plenty of moments in this game that will leave you hurling a boat load of profanities and curse filled rants directed at your monitor. This is especially true when it comes to the platforming sections of the game.

The main cause of it (the majority of the times), is the fact that the main character flies backwards whenever receiving damage, which is similar to earlier side-scrolling games such as Revenge of Shinobi and Castlevania: Symphony of the Night. It’s funny I should mention SOTN though, because the flying bats are every bit as annoying and irritating as those medusa heads. You’ll try so hard to climb your way to the top of a certain section, which takes up quiet a bit of time and effort, only to have a bat send you flying all the way to the bottom of the stage… and in some cases landing on a pile of spikes, killing you instantly. 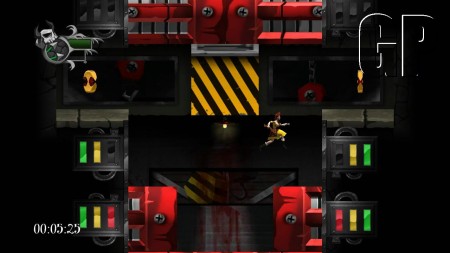 Don’t get me wrong though, I’m not complaining about any of those things- in fact, I love it. The kind of frustration this game puts you through isn’t the type that makes you want to quit and try something else, it’s the sort that makes you even more determined and makes you think “Right, that does it, I’m going to beat this game if it’s the last thing I do”. I find that really refreshing when you bear in mind most games today are somewhat dumbed down and made purposefully easy for the casuals. But that’s not Blood of the Werewolf, this game is punishing and unforgiving when it comes to making mistakes.

Blood of the Werewolf is a game that I would recommend to anyone that’s a fan of the old school platform games and especially to those that like a challenge when playing games. Although it comes with its fair share of rage moments, it wasn’t enough stop me from enjoying the overall experience.

Scientifically Proven have done a good job of taking the side-scrolling platforming genre and adding some modern touches to it. The only complaint that I really have with it is that the upgrades available for the crossbow and the werewolf attacks aren’t as powerful as they could’ve been and you don’t really notice that much of a difference.

But nonetheless, this is a game that I really adore to bits and I can’t seem to put the pad down to stop playing. It really is that addictive. Then again, that might be the nostalgia of all the great games I played growing up too.

I've been a gamer since I was a child (which is going way back when) the very first console I owned was the Sega Master System, during my time as a gamer I have pretty much come across nearly every console including the Bally Astrocade(which requiered cassette tapes to play games) so I have broad range of knowledge when it comes to video games. My favourite game of all time is between Shadow Hearts (a rare gem of an RPG released for the Playstation 2) and Final Fantasy VIII.
Previous Inhumanity #1 (Comics) Preview
Next LEGO Marvel Superheroes delayed on Xbox One- Update: Nope

Complete with special discounts, Crytek’s remaster of the original Crysis is finally available on Steam, …