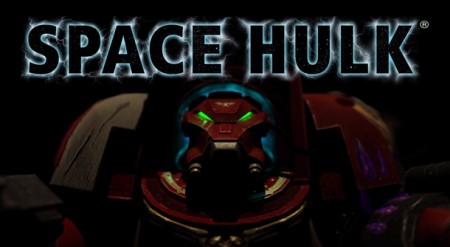 Video games are unlike any other medium ever devised. They act and react to our influence and commands. They are the single most immersive experience you can get, short of a NASA shuttle simulator. They should be allowed to grow and become whatever they choose and stimulate and intrigue us players. But yet some developers seem to think that it is perfectly fine to convert previously found content, as is, into video games.

Such is the case with Space Hulk from Full Control, a Danish developer who has previously released next to nothing. They had the prime opportunity of turning the Space Hulk board game into a full out modern video game. The current Space Hulk is based on the Warhammer 40k universe, which is one of the biggest and most elaborate fictions out there. It’s based on asymmetrical gameplay, one player being the Terminators and the other being the Genestealers, the latter being quicker than their counterparts but also somewhat weaker. It has quite a bit of potential too, but sadly the game version falls way short of its tabletop predecessor. 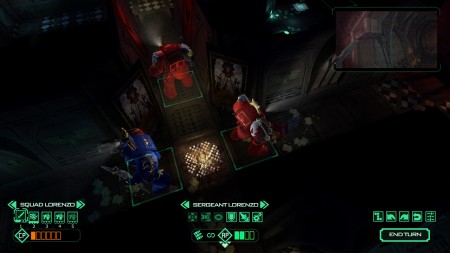 The game is based in a world where you are the lead commander of a fleet of Terminators, basically robot marines; you have full command of them while you exterminate the Genestealers from various places throughout the galaxy. There is some backstory found in audio tapes and written documents, but for all intents and proposes, the story ends there.

The rest of the title focuses on you taking them out, one level at a time. There are a plentiful amount of levels with some replayability in form of a random generator, but the story itself will take you a good 10-12 hours to finish. Each level has objectives to complete which can vary. Sometimes you need to exterminate a nest, others you must save someone or maybe get into an escape shuttle with all your marines in tow. Although this all consist of ‘get from A to B’. Some maps have optional objectives to change up the action, but these don’t add much.

The controls are quite appalling especially for something as easy as troop management. Each marine has a certain amount of movement points which can be used to move, shoot and use abilities. The thing is, all the corridors are single wide, which makes them death traps wherein your troops can get obliterated.  It also costs movement points to put them on attack mode even when an enemy is directly in front of a unit. They just sit there staring at each other until you decide to do something. This should be done automatically, these being world class marines. You also collect commander points which allow you to give extra movement actions to your units, useful in tight situations. 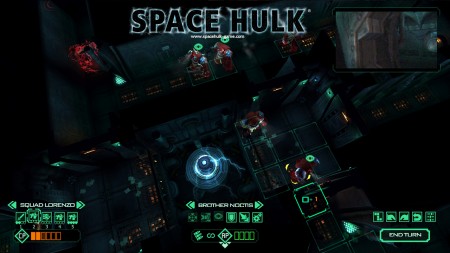 The game has a multiplayer component which absolutely lacks. One player plays marines while the other plays the GS who, as mentioned above, have a superior advantage in tight quarters. This means you can truly plan out your next move as you would in a board match, where half the planning is seeing what your enemy is planning. Space Hulk the game doesn’t have any of this (obviously) and takes out all the interaction from playing with a living human being.

Space Hulk is also terribly optimized, some regions of the maps cause massive lag spikes even when they are devoid of units. The shoulder cam view is a nice touch but completely useless in battle. The textures look old and drab and give an empty dull look to the levels. The gun fire is meaty yet repetitive as it is used for every single attack.

In final, this game benefits next to nothing from being on the PC.

The clunky controls and quick enemies make it a challenge to stay on top of everything and just boring repetitive level design and linear objectives make this a chore to play. If you really need to play a space hulk game, then I recommend finding the original board game. The amount of 2 player enjoyment you get from it is no comparison to this train wreck.

A young lad on a magical journey through the dark and terrifying world known to many as "the industry". From his hellish prison, Isaac can hear the cries of pain and suffering from those who came before him, only to hear their hearts stop in utter terror. Video games aren't all fun and games kiddies.
Previous Castlevania: Lords of Shadow 2 gets Release Date
Next Tangram Style (3Ds) Review