GTA5 is rapidly approaching and Rockstar Games has released a fresh batch of screens to get fans pumped… if it’s possible for fans to get any more amped up for the game. 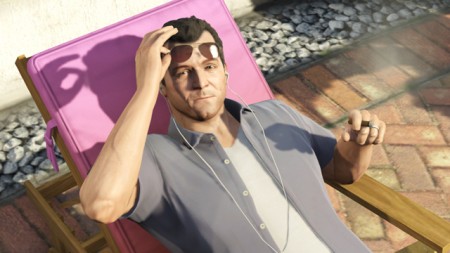 There’s very little doubt that Rockstar’s beyond hotly anticipated Grand Theft Auto V will be one of the biggest launches of the year, at least as far as software goes. For that matter, even in the face of the next generation and the Xbox One and PS4, GTA5 stands tall as a release that most gamers are counting down to.

So with that in mind, there probably isn’t too much more encouragement fans need to get excited about the impending game. That’s not to say that anyone will really mind the new drop of almost a dozen screens that Rockstar shot over to us though.

Grand Theft Auto V, just in case you didn’t know, launches for the Xbox 360 and PS3 on September 17th.

Jason's been knee deep in videogames since he was but a lad. Cutting his teeth on the pixely glory that was the Atari 2600, he's been hack'n'slashing and shoot'em'uping ever since. Mainly an FPS and action guy, Jason enjoys the occasional well crafted title from every genre.
@jason_tas
Previous August brings seven new DST preorders
Next Castlestorm smashes into Steam, adds new DLC