Well, after the long wait for Sega’s Aliens: Colonial Marines, today’s scores have been well below average shall we say? With that, an ‘ex-member of (developer) Gearbox’ has been discovered to have said that the development was a “train-wreck”. 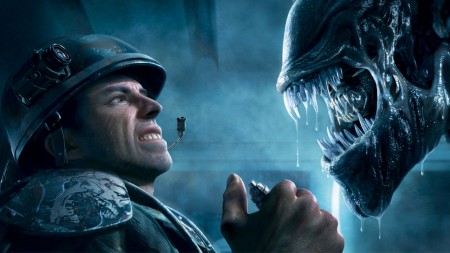 The – alleged – ex-member of staff claimed – last year – that Gearbox is only making the Multiplayer side of the game and a TimeGate Studios were in charge of the primary development of the title.

Under the screen name of ‘Mugwurt’ a post appeared on Texags.com forum saying, “Hate to say it, but I wouldn’t get your hopes up too high for Colonial Marines. I used to work at Gearbox, and the development of that game has been a total train wreck, going on what, 6 years now? Gearbox isn’t even making the game, except for the multiplayer. Primary development was outsourced to TimeGate Studios, which has a less than stellar past.”

“I hope it proves me wrong, as I still have alot of friends still working at Gearbox, but I am expecting it to be average at best.”

The ex-Gearbox employee then went on to say, that he had left Gearbox and moved to a new Texas based company, Armature Studio, with several other members of Gearbox staff.