The fourth Halo title kicks off a brand new trilogy for the series and also manages to kick all other entertainment properties (including Avengers) in the pants. 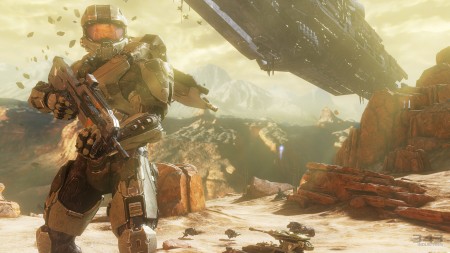 Halo 4 has officially broken the record for an entertainment property launch.

Sitting at around $220 million (USD) in it’s first 24 hours of availability alone, Halo 4 beat out 2012’s other powerhouse, Marvel Comics’ movie adaptation of all-star superhero book The Avengers for the top spot. The game also reportedly defeated the all time record holder for an opening weekend, Harry Potter and the Deathly Hallows part 2 according to website MCV.

Microsoft also says that Halo 4 is on the way to a first week total of somewhere in the $300 million range and is already sitting at a very impressive 3.38 billion in lifetime sales.

Jason's been knee deep in videogames since he was but a lad. Cutting his teeth on the pixely glory that was the Atari 2600, he's been hack'n'slashing and shoot'em'uping ever since. Mainly an FPS and action guy, Jason enjoys the occasional well crafted title from every genre.
@jason_tas
Previous S.T.R.I.K.E. 7 selected as a CES innovator
Next The Last of Us to get comic series