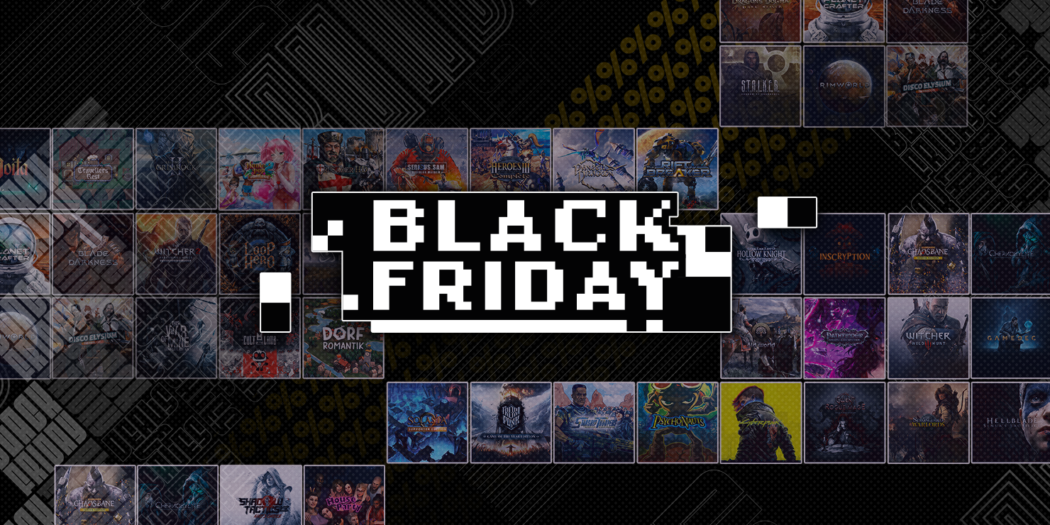 Black Friday is almost upon us, and PC digital fame retailer GOG is loaded for bear. The company has a massive sale set up, and it’s running right now.

It’s that magical time of the year once again. That time where PC game fans buy a whole mess of games ‘because they’re cheap’ and then just kind of quietly add ’em all to the backlog. Not that there’s anything wrong with that.

If that previous paragraph describes you, then you’ll be happy to know that GOG is here to help. The retailer has announced its massive Black Friday sale is not only a go, but it’s actually on right now. Yep, you can get a jump on the weekend and grab some titles as of today. Oh, and some you don’t even have to buy.

In keeping with the usual tradition of GOG sale events, there’s a free game to kick things off, and it’s a good one. The first free title is retro, pixel-art adventure Narita Boy, and it’ available right now to add to your library. Just keep in mind, it’s only free for the first 48 hours of the sale, though after that there’ll be another freebie for you. Yeah, pretty slick.

As for the actual sale prices though, GOG says that there are literally thousands of games on offer.

Here are some highlights:

And along with the above, the company has also prepped a set of “curated collections” for purchase. These include a selection of games, bundled together, to give players a chance to stock up and build their libraries with no-muss, no-fuss.

There are also a trio of Build Your Own Bundle offers on the docket, with games from Team17, Microids, and Goblinz included. You can pick from a number of titles to make your own bundle deal, with the Overcooked series, Blasphemous, The Escapists 2, the Syberia series, the XIII Remake, Hero’s Hour, Terraformers, and Ozymandias all included.

And on top of all of the above, there’s also a new game launching on GOG. That would be Europa Universalis IV, with all of its DLC. The game is up right now to add a little grand, ‘age of exploration’ action to your holiday weekend.

But if you’re in for anything that’s discounted, it’s likely better not to wait. GOG’s Black Friday sale is on now, and running through the 30th of this month, until 11pm UTC (6pm eastern). So it’s not a short sale by any means, but don’t look for it to roll on for a month either.

Jason's been knee deep in videogames since he was but a lad. Cutting his teeth on the pixely glory that was the Atari 2600, he's been hack'n'slashing and shoot'em'uping ever since. Mainly an FPS and action guy, Jason enjoys the occasional well crafted title from every genre.
@jason_tas
Previous Looking for an Advent calendar with a little geeky-flair? Check out Insight Editions
Next Trailer: Stave off madness with this new look at Sherlock Holmes: The Awakened