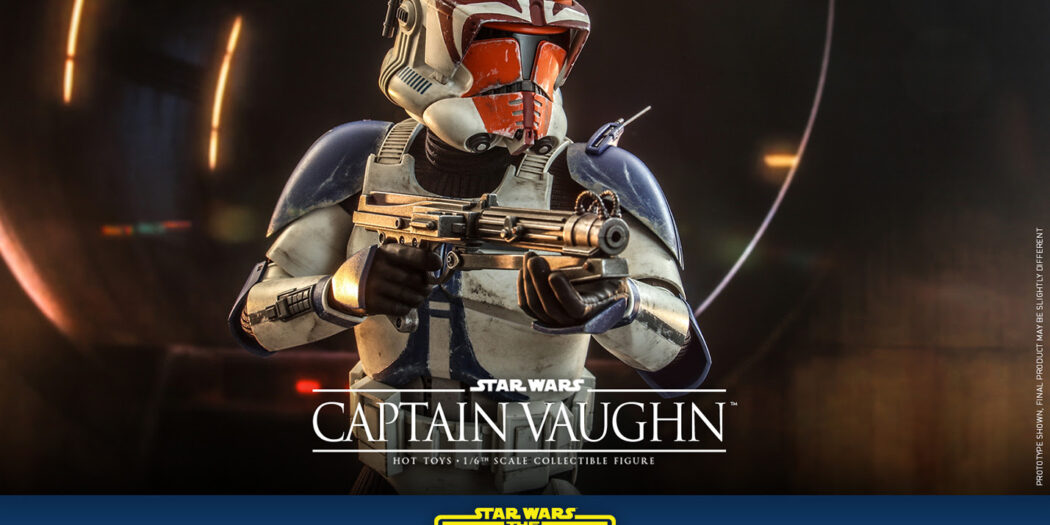 Unbox The Clone Wars’ Captain Vaughn along with Sideshow Toys

Hot on the heels of the announcement of the 501st Clone Trooper, comes a look at the upcoming head of the 332nd Company, Captain Vaughn.

It’s been a “Clone” kinda day here. though when you’re talking about Hot Toys news, that’s a very good thing indeed. The company has been on a roll with the army of the Republic, and the latest should fill out fans’ ranks nicely.

Earlier today, we told you about the rank and file, 501st Clones that will be arriving late next year. But way before that, there’s the little matter of Captain Vaughn.

The commanding officer of the 332nd Company, Vaughn served under Rex as a part of the 501st. Though is more recognizable commander might have been Ahsoka Tano. Fans should remember this hero of the Republic from the siege of Mandalore.

As you can see, he’s of course looking fantastic, though you probably wouldn’t expect much else from Hot Toys. Here’s a detailed look at him, straight from Hot Toys’ retailing partner, Sideshow:

The Captain Vaughn 1/6 Scale Figure has a newly crafted, screen-accurate helmet complete with distinctive Ahsoka-inspired pattern and weathering effects. His weathered armor features blue details and includes a utility belt and a fitted black undersuit. The Captain Vaughn 1/6 Scale Figure is prepared for battle with a blaster rifle and a blaster pistol. Other accessories include a jetpack plus a holoprojector with hologram figures of Ahsoka Tano and Commander Rex.

Lead your troopers with the Captain Vaughn 1/6 Scale Figure by Hot Toys. Available to pre-order from Sideshow.

Captain Vaughn is priced in at $250 USD, and is scheduled to ship out before the end of the year. As usual though, he’s also still up for pre-order. That’s something that you can secure here.

Jason's been knee deep in videogames since he was but a lad. Cutting his teeth on the pixely glory that was the Atari 2600, he's been hack'n'slashing and shoot'em'uping ever since. Mainly an FPS and action guy, Jason enjoys the occasional well crafted title from every genre.
@jason_tas
Previous Don’t forget 2K has its Black Friday sale running, with savings on The Quarry, WWE 2K22, and more
Next Trailer: Check out the full song list for Just Dance 2023, as the game arrives at retail