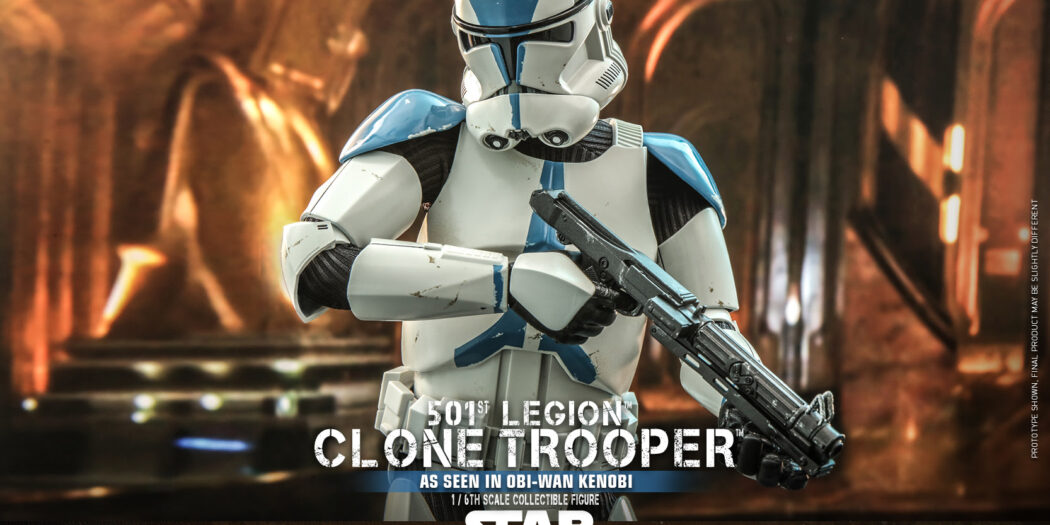 Home / Action Figures and Toys / Here’s your first look at the 501st legion, coming up from Hot Toys

Here’s your first look at the 501st legion, coming up from Hot Toys

One of the most popular Clone Trooper legions is coming up from Hot Toys. Here’s your first look at Anakin Skywalker’s fighting 501st.

Are the 501st the most popular Clone Trooper legion in Star Wars? If they’re not, it’s by a pretty slim margin, as the legion that would go on to be known as Vader’s Legion are just about everywhere, in one form or another. Whether that’s in the form of Captain Rex, or the individual Clones themselves. In this case today though, we’re talking decidedly about the latter.

Just announced by Hot Toys, the 501st Legion Trooper is on the way from the toy-maker, inbound for a late 2023 (or early ’24) launch. Once again though, these figures are looking spectacular, and like they hopped right off the screen.

Along with this latest reveal too, don’t forget that Sideshow also has a bunch of other Star Wars Hot Toys offerings listed. Those include Rex, as well as Ashoka and Anakin from The Clone Wars, and Obi-Wan and battle damaged Vader from Star Wars: Obi-Wan.

Jason's been knee deep in videogames since he was but a lad. Cutting his teeth on the pixely glory that was the Atari 2600, he's been hack'n'slashing and shoot'em'uping ever since. Mainly an FPS and action guy, Jason enjoys the occasional well crafted title from every genre.
@jason_tas
Previous Trailer: The wild west meets vampire-horror with Evil West, out now
Next Don’t forget 2K has its Black Friday sale running, with savings on The Quarry, WWE 2K22, and more