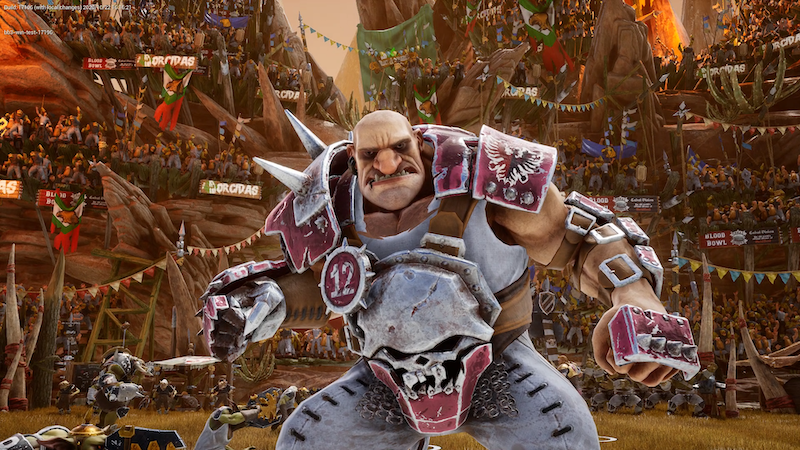 A new beta for Blood Bowl 3 is launching in June

Games Workshop’s take on the NFL heads back to consoles and PC thanks to NACON and Cyanide. A 3rd beta phase opens for Blood Bowl 3 next month.

A long time coming, Blood Bowl 3 is shaping up to be a bigger and better looking game than its predecessor. A dozen Warhammer-inspired teams will lead the way at launch for it, each with its own field and set of cheerleaders.

Customization will also be key for Blood Bowl 3, with more than the series has offered up to date, and would-be players can expect both solo and multiplayer. Speaking of those who’d like to play this beast-to-be, you’re about to get another shot.

A third beta test is about to open for Blood Bowl 3, and it’s set to be fairly full-featured. A six-pack of teams will be available for play in that new test, including “the Black Orcs, the Imperial Nobility, the Elven Union, the Dwarfs and two new factions”.

Along with the teams, there will also be a bunch of new additions. If you get in on the beta, you can expect new “pitches”, “each with special rules that will spice up the matches”. So there’s a good deal to try out from the sound of that.

The new beta will be PC only, via Steam, and run from June 1st through the 12th. You can sign up here and grab a key for yourself.

Jason's been knee deep in videogames since he was but a lad. Cutting his teeth on the pixely glory that was the Atari 2600, he's been hack'n'slashing and shoot'em'uping ever since. Mainly an FPS and action guy, Jason enjoys the occasional well crafted title from every genre.
@jason_tas
Previous Trailer: Time to take aim, Sniper Elite 5 is out now
Next Trailer: Classic RTS play returns to the PC with Crossfire: Legion