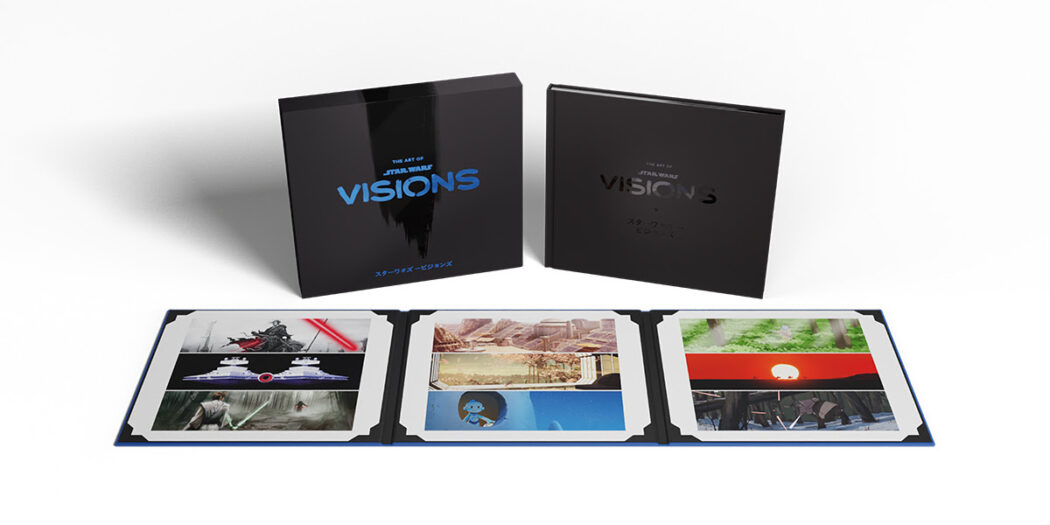 One of the more interesting Star Wars animated projects to hit, Star Wars: Visions is about to get a deluxe art book from the masters at Dark Horse.

When you talk about art books in general, a few publishers pop into mind. And right at the top of that list is none other than comic book publisher Dark Horse. Dark Horse has been creating art books for a long time at this point, and has some true gems in its portfolio.

Now the company is ready to dig back into the Galaxy Far, Far, Away for a new tome. Based on the Star Wars: Visions series of animated shorts, The Art of Star Wars: Visions will explore the wide range of stories and talented creative teams that put the show together.

The Art of Star Wars: Visions will clock in at 200 pages, and have a deluxe presentation. As you can see in the image above, that means a hardcover slipcase, as well as a “folio containing a triptych of archive-quality lithographs with stills from each episode”.

Jason's been knee deep in videogames since he was but a lad. Cutting his teeth on the pixely glory that was the Atari 2600, he's been hack'n'slashing and shoot'em'uping ever since. Mainly an FPS and action guy, Jason enjoys the occasional well crafted title from every genre.
@jason_tas
Previous DST offers up figures and a mini-bust for May the 4th
Next Nintendo Download: Join a Treasure Hunt for Thrilling Secrets