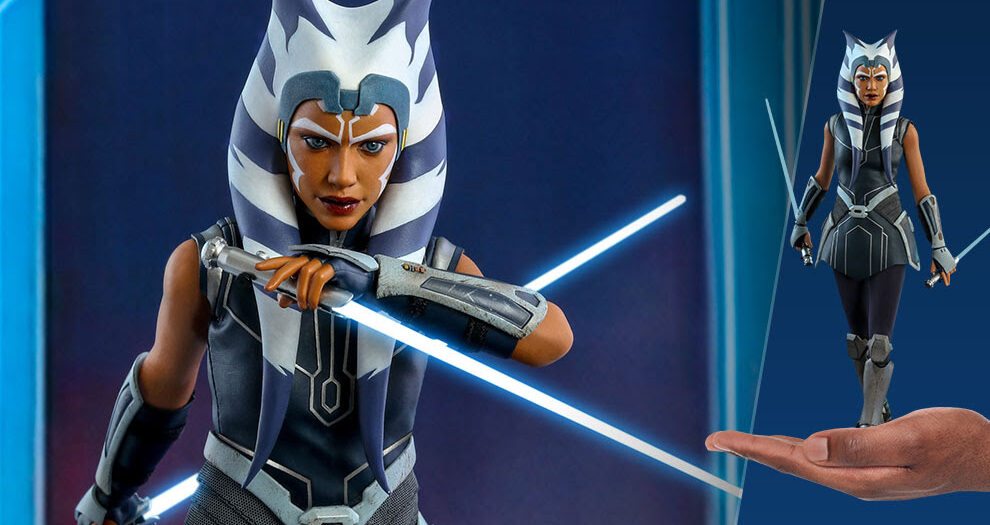 From animation to live action

It’s been quite a journey for Ahsoka Tano, Anakin Skywalker’s Padawan during Star Wars’ Clone Wars. The character was originally disliked by fans, before becoming a favorite and eventually making the leap from animation to live action in The Mandalorian.

And just as the hero is about to begin her own series (coming up later this year), she’s also set to join Hot Toys lineup of collector figures. A new 12″ figure of Ahsoka is planned for… this month?

Yep, apparently Hot Toys isn’t waiting on this one, and will be shipping the figure post haste. Check out then First Look video below.

Ahsoka is still available for pre-order, but again is shipping soon. And by that, I mean she’s scheduled for this month. Grab one via Sideshow.

Jason's been knee deep in videogames since he was but a lad. Cutting his teeth on the pixely glory that was the Atari 2600, he's been hack'n'slashing and shoot'em'uping ever since. Mainly an FPS and action guy, Jason enjoys the occasional well crafted title from every genre.
@jason_tas
Previous 1MORE’s Comfobuds Mini takes the already great buds and shrinks ’em
Next Trailer: Roller Coaster Tycoon Touch growing by leaps and bounds, adds 20 acres of building-space