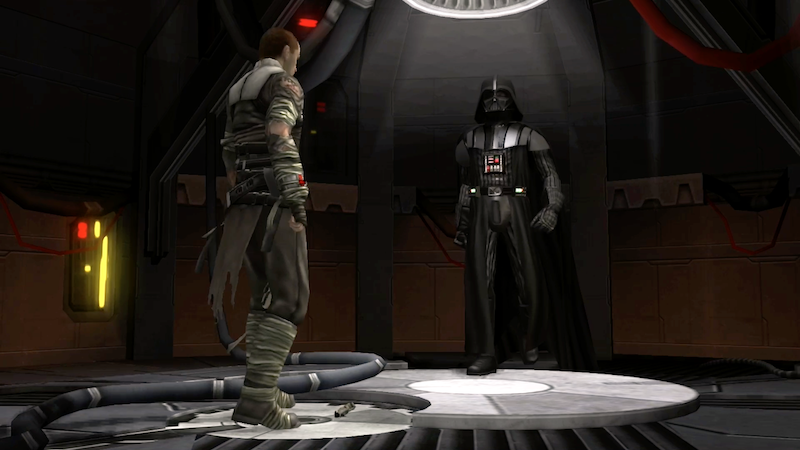 One of the most popular Star Wars games in recent years, The Force Unleashed, is making its way to the Nintendo Switch courtesy of Aspyr.

In a galaxy far, far away

Is Aspyr on a ‘Star Wars’ roll or what? The publisher recently ported a whole bunch of classic Star Wars titles over to modern consoles, including Racer, the Jedi Knight games, and more.

Now they’re back at it again, with Star Wars: The Force Unleashed. Not canon since the Disney acquisition, The Force Unleashed nevertheless continues to be a fan-favorite. The game series (it was 2 games deep) starred Starkiller, a former Jedi padawan.

Vader killed his master in the days following Order 66, but took the young boy as his own apprentice. A secret apprentice (Sith only come in pairs, remember), the now-dubbed Starkiller was then sent to hunt Jedi across the galaxy. So kind of like an Inquisitor, before the Inquisitors were a thing.

As you might’ve noticed, this is the Wii version of the game that’s been ported. And yes, that means motion-controls.

Jason's been knee deep in videogames since he was but a lad. Cutting his teeth on the pixely glory that was the Atari 2600, he's been hack'n'slashing and shoot'em'uping ever since. Mainly an FPS and action guy, Jason enjoys the occasional well crafted title from every genre.
@jason_tas
Previous Craft your own dungeon-crawl with Super Dungeon Maker
Next Today’s Nintendo Direct was jam-packed with big games (all debuting this year)