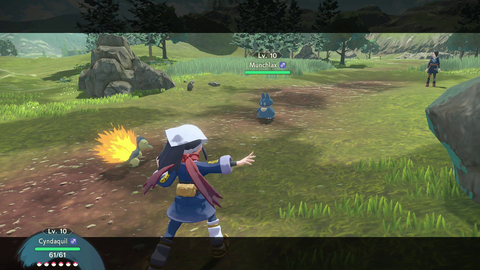 It’s a packed week for Nintendo gamers, though the main bulk of what’s coming up is of the smaller variety. Though there’s some Pokemon too.

Continuing the trend of recent weeks, there’s a massive amount of games hitting the Nintendo Switch this week. Also continuing that same trend though, they’re really all smaller launches.

Still, even if most of the names aren’t instantly recognizable, there might be a few that catch your eye. And if names are what you’re after, you can’t do that much bigger on the Switch than Pokemon. This week sees the launch of Pokemon Legends: Arceus.

Jason's been knee deep in videogames since he was but a lad. Cutting his teeth on the pixely glory that was the Atari 2600, he's been hack'n'slashing and shoot'em'uping ever since. Mainly an FPS and action guy, Jason enjoys the occasional well crafted title from every genre.
@jason_tas
Previous Trailer: Team17 presents a first look at Gord, from one of the produces of Witcher 3
Next Trailer: Hot Wheels Unleashed gets ready to crush ’em with Monster Truck DLC