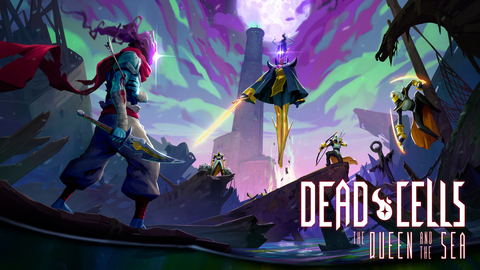 A huge new piece of DLC arrives for Dead Cells this week, along with Super Pac-Man, the Bayonetta double pack, Shadow Man, and a ton more.

There is a ton of stuff hitting the Switch this week. Now, most of it is of the smaller variety, but nevertheless there’s a glut of software driving for Nintendo’s console. But even with all the new games, the headliner is a piece of DLC.

Be that as it may, it’s perfectly understandable , since the downloadable content in question is an expansion pack for Dead Cells. The 2017 action rogue-like has been both critically and fan acclaimed, and has now grown with The Queen and the Sea.

The pack affects DC’s “late game”, and replaces High Peak Castle, the Derelict Distillery, and the Throne Room. So if you’re an old hand at Dead Cells, you’ve got some new options. And if you’re new to the game, then you’ll fund even greater variation in what the title’s campaign offers.

But what if you’re not into DC, or don’t feel like going back to it? Well, then you’ve got a heaping helping of other stuff to pick from. This week’s Nintendo Download is absolutely loaded, with releases of both mid-size and small.

There are no (modern) blockbusters here, but the sheer scale of a week in January, usually a fairly dead month, is impressive. My picks include Bayonetta’s double pack, but also the returning N64 title Shadow Man. It’s not much like the Valiant comic book, but it’s a fun action/adventure from the N64 days.

Jason's been knee deep in videogames since he was but a lad. Cutting his teeth on the pixely glory that was the Atari 2600, he's been hack'n'slashing and shoot'em'uping ever since. Mainly an FPS and action guy, Jason enjoys the occasional well crafted title from every genre.
@jason_tas
Previous The Batman to blitz stores with massive merch-onslaught
Next Trailer & Video: Dying Light 2 gets launch look, new dev diary, and a big announcement