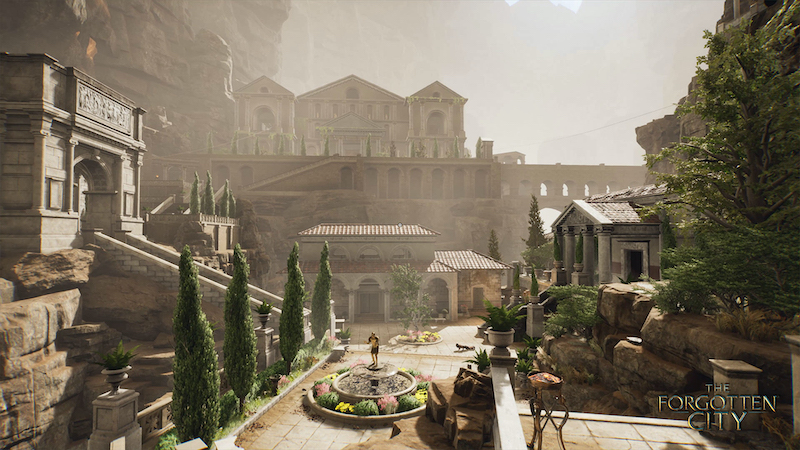 The Nintendo Switch’s online streaming option has once again delivered what would otherwise have been impossible, with The Forgotten City.

Trapped in a secret underground city during the Roman Empire, twenty-three lost souls cling to life. In this precarious utopia, if one person breaks the mysterious Golden Rule, everyone dies. Players must relive the city’s final moments in an endless loop, changing the course of the day with each secret they uncover. Combat is an option, but violence will only get them so far. Only by cleverly exploiting the time loop and making difficult moral choices can they hope to unravel this murderous riddle.

The Forgotten City – Cloud Version is available now on Switch, but does require a “stable high-speed internet connection”. Remember, there’s no download with the Switch’s “Cloud” titles. The games are streamed directly onto your console.

Jason's been knee deep in videogames since he was but a lad. Cutting his teeth on the pixely glory that was the Atari 2600, he's been hack'n'slashing and shoot'em'uping ever since. Mainly an FPS and action guy, Jason enjoys the occasional well crafted title from every genre.
@jason_tas
Previous Chorus set to take to the spaceways this December
Next All-new Venom run to tell the tale of 2 symbiotic heroes