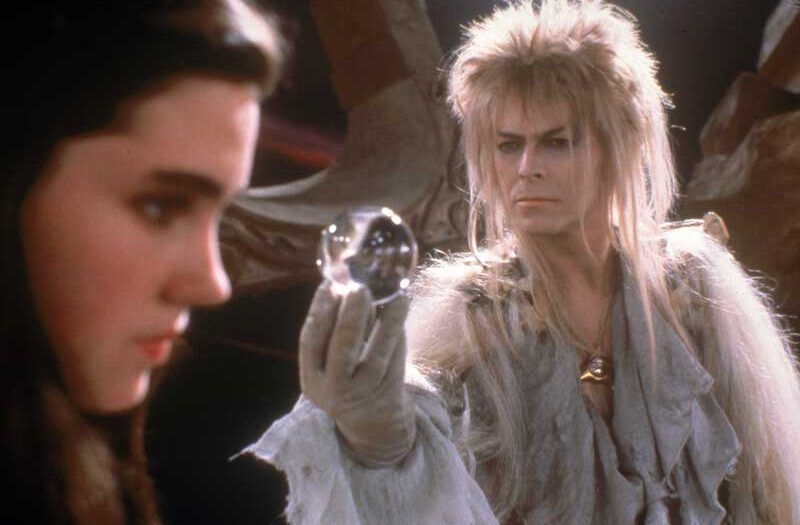 Labyrinth finding its way back to theaters this month

The fantasy classic Labyrinth is coming back around to theaters for another run. With David Bowie and Jennifer Connelly, the film returns this weekend.

He’s back, and not just in meme form. Yes, David Bowie’s iconic turn as Jareth, the Goblin King will be returning to the big screen, and it’s starting this very weekend.

Beginning on the 12th, the movie will open up in select theaters for a limited run.

Directed by Jim Henson, Labyrinth was executive produced by “Star Wars” creator George Lucas and presented by Henson Associates, Inc., and Lucasfilm Ltd. The film’s screenplay is by Terry Jones of “Monty Python” fame, from a story by Dennis Lee and Jim Henson. Brian Froud served as the conceptual designer of the groundbreaking fantasy, with score by Trevor Jones and songs by David Bowie.

“One of our most frequently requested titles, Labyrinth enjoys a huge and devoted fan base,” said Tom Lucas, Fathom Events Vice President of Studio Relations. “We are pleased to bring this fan-favorite from The Jim Henson Company to cinemas nationwide, and especially so for its 35th anniversary.”

If you head out to cinemas, you won’t just get the base movie either. All showings will include “a featurette including behind-the-scenes footage, the Henson Family, and others reflecting on the creative process behind Labyrinth”. So it really is more of an event than just a movie showing.

Want to check it out? Dates include (times listed are all local):

Click here for more info or to book tickets.

Jason's been knee deep in videogames since he was but a lad. Cutting his teeth on the pixely glory that was the Atari 2600, he's been hack'n'slashing and shoot'em'uping ever since. Mainly an FPS and action guy, Jason enjoys the occasional well crafted title from every genre.
@jason_tas
Previous Trailer: Aeterna Noctis gets a brand new look, plus a price and release date
Next Trailer: Crown Trick expands onto new platforms and Xbox Game Pass