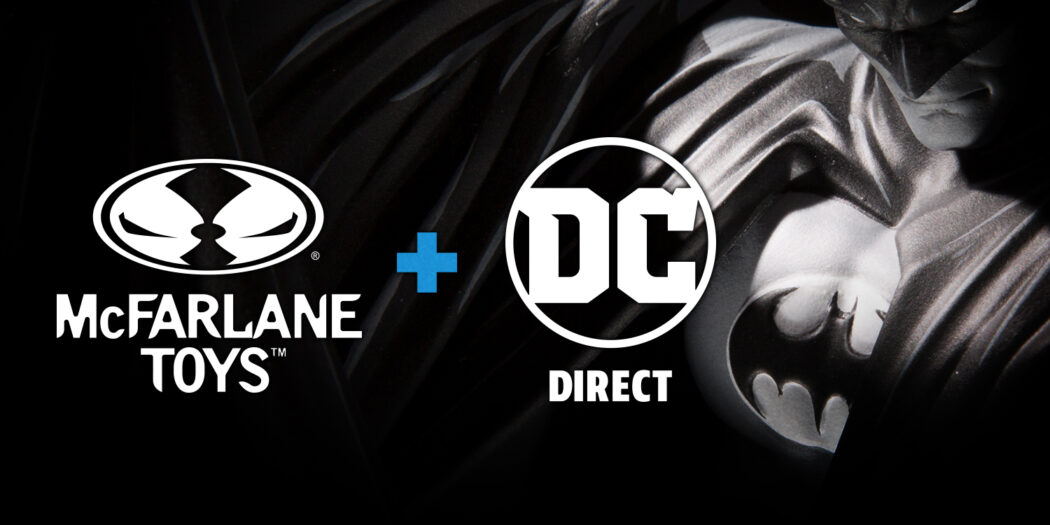 It was only last year that McFarlane Toys made a splash with DC Comics-branded toys. The DC Multiverse line debuted around Toy Fair time in 2020, and would go on to expand into a terrific lineup of figures, encompassing multiple levels of DC history.

And now that it’s well-established, there’s much more on the horizon. Warner Bros was apparently as happy as fans have been with the line, as they’ve expanded their agreement with McFarlane.

McFarlane Toys have entered into a global licensing agreement with WBCP to unleash a new line of McFarlane Toys designed statues, busts, and figures based on DC’s expansive roster of iconic characters.  Fans and collectors can look forward to an array of McFarlane Toys created DC Direct collectibles under legendary artist Todd McFarlane’s creative direction coming in 2022.

But it’s not stopping there, as things are about to get pretty darn interesting. McFarlane will also be taking over management of DC Direct’s offerings, and that doesn’t mean managing it into oblivion. According to the press release, DC Direct will “continue to produce high-quality collectibles” under McFarlane.

That translates into meaning that stuff like DC Designer Series, Batman Black & White, and Harley Quinn Red, White & Black will all continue. So if you have a favorite line of DC Direct stuff, it just might be continuing under the McF banner.

Jason's been knee deep in videogames since he was but a lad. Cutting his teeth on the pixely glory that was the Atari 2600, he's been hack'n'slashing and shoot'em'uping ever since. Mainly an FPS and action guy, Jason enjoys the occasional well crafted title from every genre.
@jason_tas
Previous Trailer: Blightbound dungeon-crawls onto PC and consoles
Next Myth comes alive with A Total War Saga: Troy’s upcoming expansion