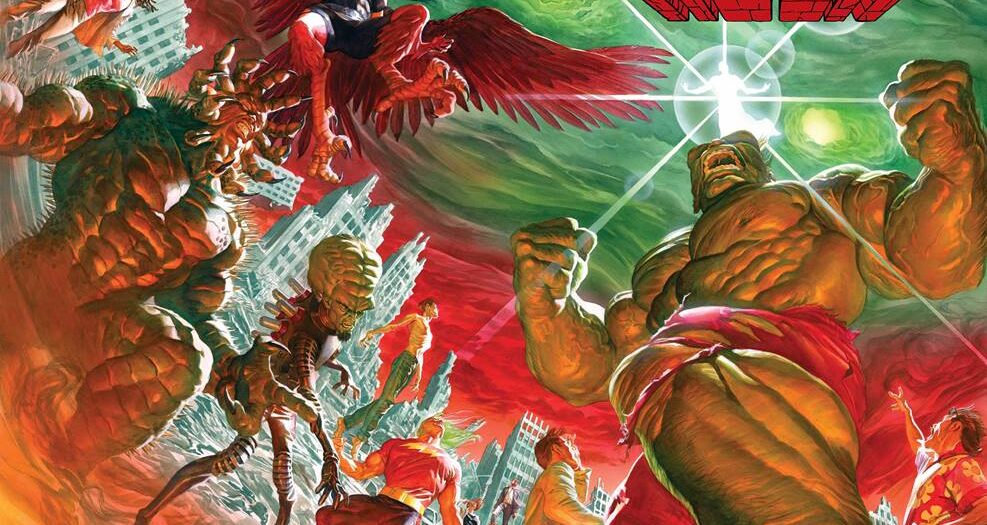 Writer Al Ewing’s run on Hulk is coming to a close. It’s been quite a run too, that’s changed the jade giant considerably, so expect a fitting send-off.

When you consider Marvel’s stable heroes and villains, none are quite like the Hulk. Dr. Bruce Banner’s alter-ego isn’t really a hero (though he has been at times), and he isn’t really a villain. Maybe he really has been more of a monster than anything else, and maybe that’s why Al Ewing’s run on Immortal Hulk has been so well-received.

Ewing’s take was more horror-centric than ever before. He presented Hulk and his allies and enemies in a monstrous way, leaning into the realm of terror more than maybe any other Hulk scribe ever. Seriously, it was groundbreaking stuff for the character, and kind of for Marvel in general.

So with that in mind, of course the ending of Ewing and artist Joe Bennett’s runs would be a big moment. That’s plenty apparent from the likes of the giant-sized Immortal Hulk #50.

The final issue will find the Hulk down in the Below-Place as he searches among the ghosts of the past for the answers to all his questions. The dramatic ending will not only shed light on what’s next for Hulk but also reveal the future of the One Below All, the Green Door, the Leader, Jackie McGee, Joe Fixit and more!

“IMMORTAL HULK #50 is the climax of everything we’ve done in this book, an 80-page crescendo that spans over a century and contains the answers to some of the biggest questions of the run,” Ewing promises. “This is how it all ends – and we think it’ll be worth the wait.”

Jason's been knee deep in videogames since he was but a lad. Cutting his teeth on the pixely glory that was the Atari 2600, he's been hack'n'slashing and shoot'em'uping ever since. Mainly an FPS and action guy, Jason enjoys the occasional well crafted title from every genre.
@jason_tas
Previous Trailer: Phoenix Point takes aim at consoles this October
Next Trailer: Weird West bringing supernatural action this fall