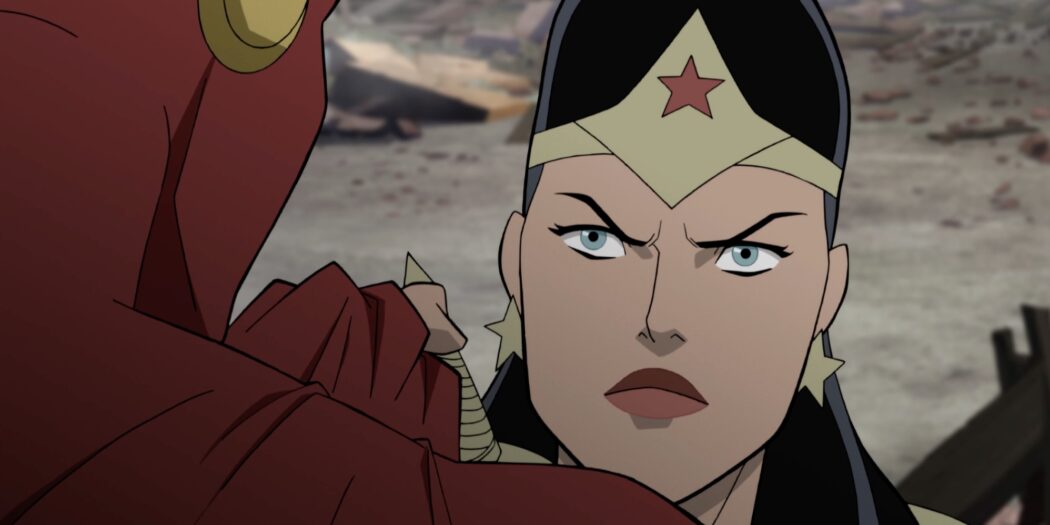 Stana Katic’s is a pretty well known name in TV and movies, and that includes DC animation. Though she’s never played Wonder Woman before.

Katic is probably best known for her lead role in Castle. In the popular series, she played Detective Kate Beckett, opposite actor Nathan Fillion. Almost since that show ended, she’s also been featured as Agent Emily Byrne in an AXN series called Absentia.

That’s of course not all she’s been in, as the actress has appeared in a ton of shows and movies, including 24 and Quantum of Solace. She’s also done voice work, most notably for Warner Bros.

Katic starred as Talia al Ghul in Batman: Arkham City, and as Lois Lane in Superman Unbound. And it’s that last format that she returns to in Justice Society: World War II. Playing Wonder Woman herself, Katic has been cast as one of the most popular heroes in the forthcoming movie.

The film revolves around the present-day Flash (Barry Allen) going back in time, to the days of the Second World War. There he joins that era’s premier superhero team to battle the enemies of freedom across the European theater.

In the newest promo clip for Justice Society: World War II, Katic discusses playing the Amazing Amazon, and shares her thoughts on the hero and more.

Ready to wage war with the Society? Well you’re in luck, as Justice Society: World War II is set to debut on digital formats tomorrow, April 27th. Prefer physical discs? Then May 11th is your date, as that’s when the film will hit Blu Ray and 4K Ultra HD Blu-ray Combo Pack.

Jason's been knee deep in videogames since he was but a lad. Cutting his teeth on the pixely glory that was the Atari 2600, he's been hack'n'slashing and shoot'em'uping ever since. Mainly an FPS and action guy, Jason enjoys the occasional well crafted title from every genre.
@jason_tas
Previous Trailer: Here’s a completely insane look at Season 3 of Warzone
Next May’s Games with Gold brings Batman, Tropico, and more to Xbox gamers