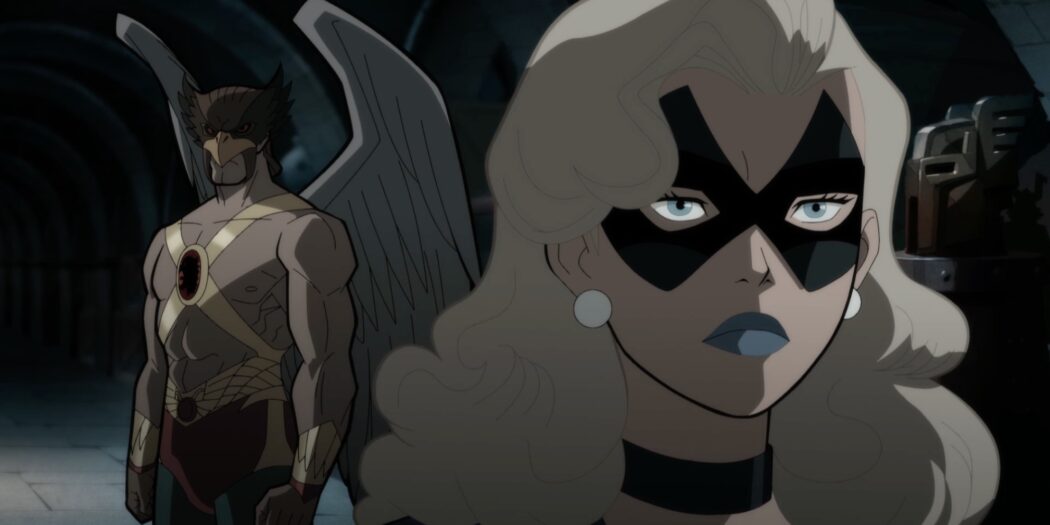 Justice Society: World War II, DC Comics’ next animated video feature, is almost here. We’ve got a new set of screens for you to take a peek at.

DC’s animated film universe recently came to an end with Justice League Dark. Though, as you might imagine, something new was brought about because of that ending.

Warner Bros and DC are now set to release what appears to be a set of films that don’t have really any connection to one another. So a series of standalone. At least, that’s the way it looks for now.

The latest of those is something that longtime DC fans will definitely want to check out too, as it calls back to an earlier time. A golden age of heroes means the likes of Wonder Woman, Jay Garrick, Hourman, Black Canary, and Hawkman. Of course, it also means World War II.

That’s quite a stage for super-heroics, and it’s just what fans will find in Justice Society: World War II. While the movie doesn’t launch till April 27th digitally and May 11th physically, we’ve been getting pretty steady announcements.

We recently showed you a full trailer for the movie, and now we have a new series of stills. Those include shots of the heroes named above, plus Steve Trevor as he attempts to guide his damaged fighter to safety.

Bummed out about the wait till the movie actually opens? Well then you might want to check out the live stream, airing on YouTube during [email protected]

That will be taking place on March 27th, in just ten days. Check out the full details here.

Jason's been knee deep in videogames since he was but a lad. Cutting his teeth on the pixely glory that was the Atari 2600, he's been hack'n'slashing and shoot'em'uping ever since. Mainly an FPS and action guy, Jason enjoys the occasional well crafted title from every genre.
@jason_tas
Previous Disco Elysium: The Final Cut dancing onto PlayStation, PC, and Stadia this month
Next Ghostbusters x Men in Black: Ecto-Terrestrial Invasion finally heading towards release