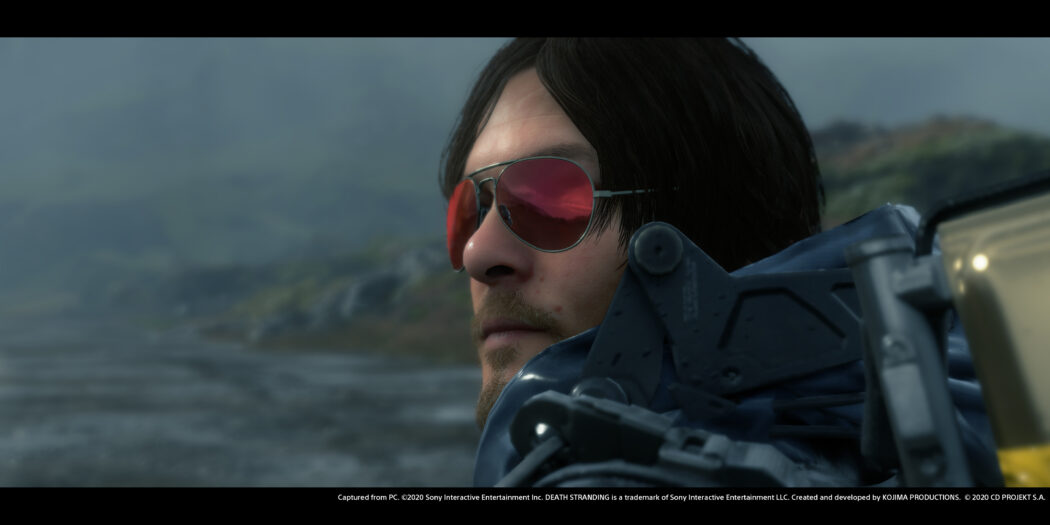 Cyberpunk crosses over with Death Stranding with new content

Hey, you got Cyberpunk 2077 in my… Death Stranding? Yes, they did. A selection of new Cyberpunk-themed items are now available in DS.

So we haven’t really covered the bumpy launch of Cyberpunk 2077 here at BG, but it’s been quite a ride. Without getting into the bug-a-thon and last-gen craziness though, it’s still a massive launch with tons of gamers taking the plunge.

And now 505 Games has announced that the PC version of Death Stranding is getting in on the act with some official crossover content. No, the two fictional universes aren’t merging, but there is some special content that Death Stranding’s Sam Bridges can now take advantage of. And that includes a pretty major new gameplay addition.

For starters though, here’s what’s new:

As for the new gameplay, that comes in the form of a new hacking mechanic. The feature lets players “target enemy machines and apply negative status effects”. As an example “Players can now stop Mule sensor poles from activating for a period of time, stun enemy Odradeks, and even short out the electronics in Mule trucks to prevent them from moving. “

All of the above is available as a part of version 1.05 of Death Stranding, but is exclusive to the PC edition.

Both Death Stranding and Cyberpunk 2077 are available now, and the former is on sale for 50% off via Humble Bundle. So if you’ve yet to dive into one of the most celebrated games of 2019, now’s as good a time as any.

Yet to make up your mind? Check out our review of the PC version of Death Stranding here,and the PS4 edition here.

Jason's been knee deep in videogames since he was but a lad. Cutting his teeth on the pixely glory that was the Atari 2600, he's been hack'n'slashing and shoot'em'uping ever since. Mainly an FPS and action guy, Jason enjoys the occasional well crafted title from every genre.
@jason_tas
Previous Skater XL’s Mod Content is now live on consoles and PC
Next PlayStation Store shockingly delists Cyberpunk 2077, offers refunds