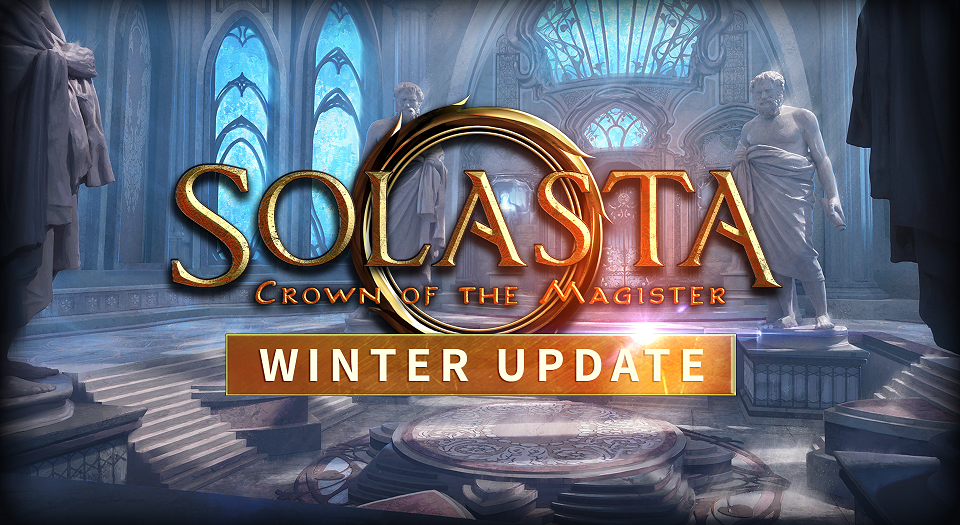 Adventurers questing through the world of Tactical Adventures’ Solasta: Crown of the Magister will find a new quest, and host of improvements in the winter update.

Solasta is a team-based adventure game where each character plays a critical role in the campaign and can be a hero. The dynamic and mysterious world features elements of verticality, allowing players to use their surroundings as an element of strategy. Players can position ranged characters on high vantage points or send their thief down into shafts and caverns to scope out what lies ahead. In Solasta, light is a tool to explore the depths and hallows of dungeons or can be used as a weapon against the creatures of the dark, but if players aren’t careful, it will give away the party’s position to nasty creatures bent on their demise.

Solasta: Crown of the Magister is available now for the PC, complete with the just-launched winter update.

Jason's been knee deep in videogames since he was but a lad. Cutting his teeth on the pixely glory that was the Atari 2600, he's been hack'n'slashing and shoot'em'uping ever since. Mainly an FPS and action guy, Jason enjoys the occasional well crafted title from every genre.
@jason_tas
Previous Giant-Sized Captain America tribute coming up for 80th
Next Hasbro celebrates Mando Monday with Bo-Katan and wave of Black Series reissues