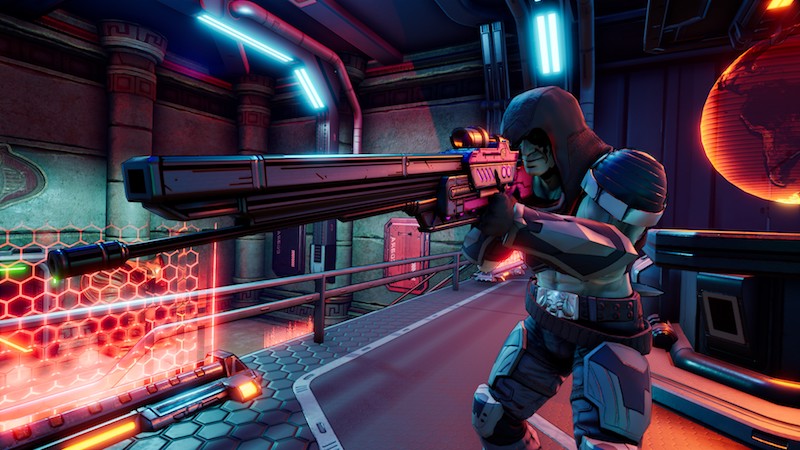 PC-gaming Joe fans who have been waiting to get their hands on the recently released Operation Blackout won’t have to wait much longer.

If you haven’t been paying attention, legendary toy property G.I. Joe has been undergoing a renaissance. Hasbro has a brand new 6″ action figure line out there that’s been a blockbuster hit for them, along with new 3.75″ figures exclusive to Walmart (*wince*). And while there’s no cartoon yet, there was a video game called Operation Blackout that hit just a few months ago.

At the time, that was a console-only affair, but that status has changed. Publisher GameMill has announced that the game is now on the way to Steam, and will be bringing all of the console’s bells and whistles with it.

There will be two versions of the game made available, with both standard ($29.99 USD) and Digital Deluxe ($39.99 USD) releases. The Deluxe will include a bevy of extras, including:

Experience an original storyline inspired by classic ’80s comics, with 17 campaign missions featuring legendary locations like the U.S.S. Flagg and Cobra Headquarters, intense boss battles, and iconic vehicles like the G.I. Joe Persuader and Cobra H.I.S.S. tanks. Play the campaign on your own or with a friend in local split-screen co-op, then keep the fight going in four-player local PvP multiplayer modes like Capture the Flag, Assault, King of The Hill and Deathmatch Arena.

Choose your favorite heroes and villains with 12 playable characters from both sides, including Duke, Snake Eyes, Cobra Commander, Destro, Roadblock, Storm Shadow and more. Unleash a wide variety of weapons, skins, and devastating ultimate abilities as you mastermind world domination for Team Cobra and restore world peace with Team Joe!

G.I. Joe: Operation Blackout heads to the PC on December 15th. It’s available now for the Xbox One, PS4, and Nintendo Switch. Check out our review of the Xbox version here.

Jason's been knee deep in videogames since he was but a lad. Cutting his teeth on the pixely glory that was the Atari 2600, he's been hack'n'slashing and shoot'em'uping ever since. Mainly an FPS and action guy, Jason enjoys the occasional well crafted title from every genre.
@jason_tas
Previous Trailer: Cyberpunk 2077 finally launches tomorrow
Next Predator arrives (for pre-order) in the One:12 Collective