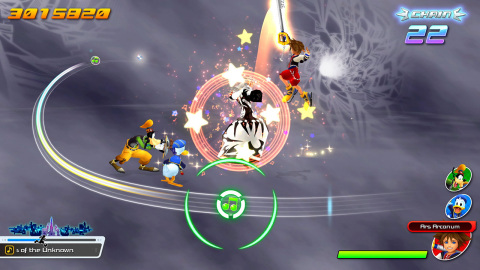 Just… Dance. Yes, it’s that time of year again, and there’s a new Just dance to play. But don’t worry, there’s plenty more to play as well this week.

Yeah, Ubisoft’s never-ending Just Dance series rolls on in 2020 with yet another installment on the Nintendo Switch. This new edition includes 40 tracks to get down to, a co-op mode, and an 8-pack of “kid friendly” songs as well. Soplenty to like there if you’re a fan.

But if you’re not, then there’s some great stuff to play this week as well. New games hitting the Switch’s eShop include the Serious Sam Collection, Need for Speed Hot Pursuit Remastered, Sniper Elite 4, Kingdom Hearts Melody of Memory, and a bunch of smaller releases.

Scroll down for the full tale of the tape.

Jason's been knee deep in videogames since he was but a lad. Cutting his teeth on the pixely glory that was the Atari 2600, he's been hack'n'slashing and shoot'em'uping ever since. Mainly an FPS and action guy, Jason enjoys the occasional well crafted title from every genre.
@jason_tas
Previous King in Black takes on the X-Men in issue #4
Next The Brotherhood of Steel arrives in Fallout 76 next month