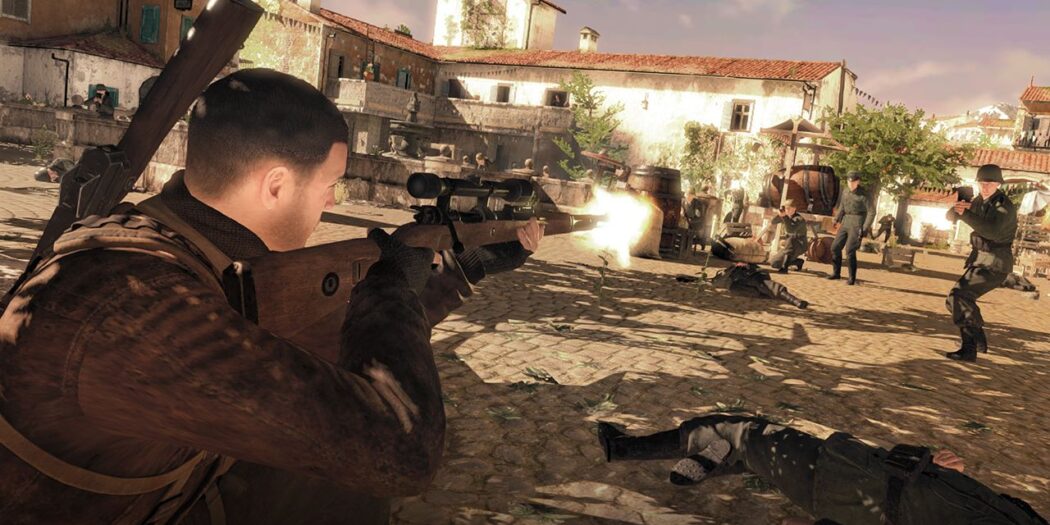 Plunge back into the dark days of World War II with Rebellion’s Sniper Elite 4. The tactical shooter is making its way to the Nintendo Switch next month.

A series that’s been around for a long time at this point, Sniper Elite is a bit unique when it comes to WWII action games. An FPS, Sniper Elite leans more heavily on thinking your way though maps than just opening up and blasting away. It is a game about snipers after all.

Announced a short time ago, the latest game in the set is coming to the Nintendo Switch with Sniper Elite 4.

Here’s a peek at it in action:

The above is from the press release, but as you can see the trailer didn’t yet have the release date. That’s because it’s just been announced, and we can tell you that Sniper Elite 4 is landing on Switch in November 2020. No, there’s no exact date yet, but you’ll be taking aim at Nazi forces before the Holidays. What could be better?

Jason's been knee deep in videogames since he was but a lad. Cutting his teeth on the pixely glory that was the Atari 2600, he's been hack'n'slashing and shoot'em'uping ever since. Mainly an FPS and action guy, Jason enjoys the occasional well crafted title from every genre.
@jason_tas
Previous More McFarlane DC Multiverse figures hit specialty retailers
Next Trailer: New look at ScourgeBringer rocks out with metal, blistering action