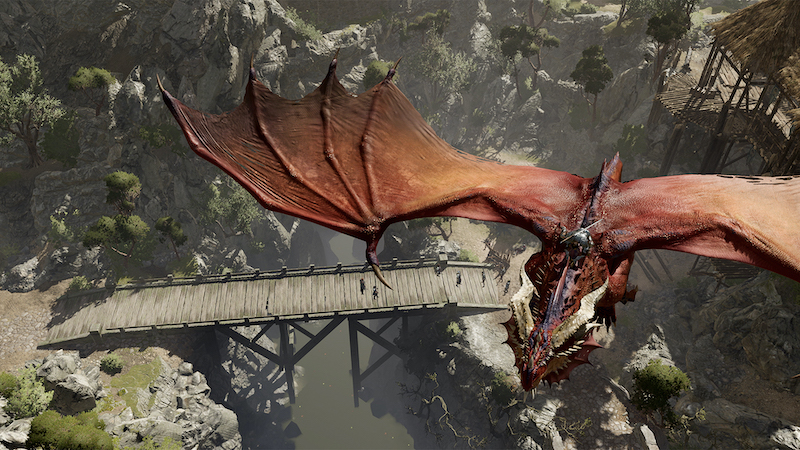 Larian Studios’ grand return to the world of Baldur’s Gate is finally here. Well, it is in Early Access anyway. The quest begins as Baldur’s Gate 3 has arrived.

If you’re a PC RPG fan, then you’ve no doubt been watching this one for a good while. The Baldur’s Gate series is a legendary one after all, and when Divinity developers Larian Studios announced they’d be bringing the series back… well it was just little bit exciting.

This though, isn’t the Gate that you remember. Gone is the real-time combat, and in its place is something that the dev team butters its bread with. That of course, is turn-based play. Also gone are the old school visuals.

Baldur’s Gate 3, at least form the trailers, is looking spectacular. The role-player has a stunning look, one that promises to bring the world of D&D to life like never before.

Have a look at the launch trailer, as the game’s Early Access version arrives on Steam:

Baldur’s Gate 3 is an expansive, cinematic, player-driven RPG based on 5e D&D. It features a rich character creation system where players can create an avatar based on 16 different D&D races and subraces, select their cantrips, skills and abilities, and enter a world where their actions truly define the story. With a parasite planted in their brains, players wake up aboard a burning Nautiloid ship racing across hell at the center of an epic fight between Mind Flayers and red dragons. And that’s just the very beginning of this journey. Players will encounter many challenges upon their return to the Forgotten Realms in a tale about fellowship and betrayal, sacrifice and survival — and the lure of absolute power.

Baldur’s Gate 3 is out now in Early Access from on the PC. You can pick it up via Steam, GOG, and Stadia.

Jason's been knee deep in videogames since he was but a lad. Cutting his teeth on the pixely glory that was the Atari 2600, he's been hack'n'slashing and shoot'em'uping ever since. Mainly an FPS and action guy, Jason enjoys the occasional well crafted title from every genre.
@jason_tas
Previous Trailer: Nickelodeon Kart Racers 2 slimes its way to retail
Next DST’s Marvel Gallery line of statues to make Disney Store debut