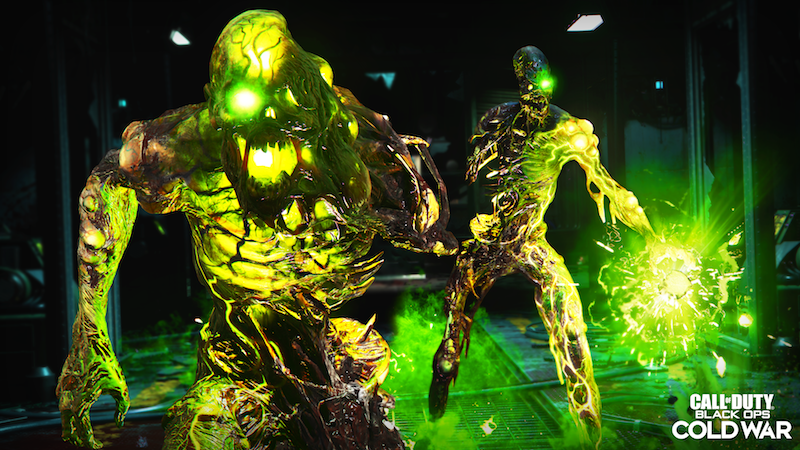 Ready to blast the undead again? The fan-favorite ‘zombies’ mode is back for Call of Duty: Black Ops Cold War, and it looks crazy as ever.

The rotters are back

If you’re a Call of Duty regular, then you know that Black Ops and zombies modes are two great tastes that go great together. In fact, zombies modes have become synonymous with CoD multiplayer in general. It’s kind of something that people expect. Well, they did anyway.

That’s because, as you probably also know, the undead were nowhere to be found in last year’s excellent rebirth of Modern Warfare. Now to be fair, MW isn’t zombies-central. And that’s even more apparent now because they’re back and as big as un-life with the return of Black Ops.

No Black Ops game is complete without Zombies, and this four-person co-op mode is set to take veterans and newcomers alike on a bold and terrifying journey that expands on an iconic part of the Call of Duty franchise. Just like Multiplayer, squads in Zombies can be formed across platforms and generations, marking the first time in franchise history this co-op mode is available via cross-play and cross-gen.

Jason's been knee deep in videogames since he was but a lad. Cutting his teeth on the pixely glory that was the Atari 2600, he's been hack'n'slashing and shoot'em'uping ever since. Mainly an FPS and action guy, Jason enjoys the occasional well crafted title from every genre.
@jason_tas
Previous Trailer: The Walking Dead: Onslaught hits VR
Next Trailer: Meet the Thief, the newest addition to Blightbound