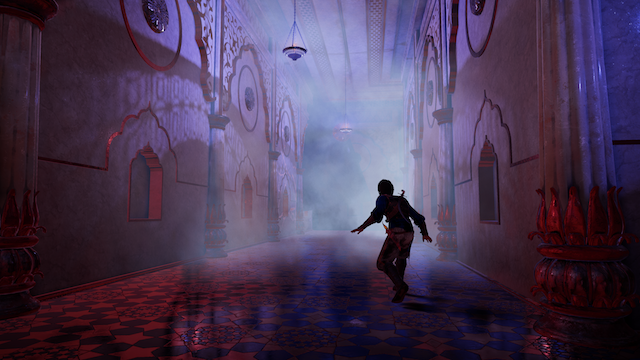 Ubisoft remaking Prince of Persia: The Sands of Time

Prepare for a return to the desert sands, as Ubisoft has a full remake of Prince of Persia: The Sands of Time coming up this January.

It might not seem like it was that long ago, but Ubisoft first rebooted Prince of Persia way back in 2003. That was The Sands of Time of course, which was the first game in an eventual trilogy.

It’s still unknown whether we’ll see the following sequels as well, but we do know now that a remake of Sands is coming up. A complete overhaul, Sands will make use of Ubi’s Anvil engine. And as you can see in the trailer below, it’s looking sharp.

Amidst the scorched sands of ancient Persia, there is a legend spun in an ancient tongue. It speaks of a time borne of blood and ruled by deceit. Drawn to the dark powers of a magic dagger, a young Prince is led to unleash a deadly evil upon a beautiful kingdom. Embark on a journey as the Prince to defeat the treacherous Vizier and return the Sands to the hourglass. Master the Sands of Time and use your dagger to control time itself. Fight cursed enemies and solve puzzles along the way.

In addition to looking great, the game will be releasing faster than you might think too. Prince of Persia: the Sands of Time arrives this January the 21st for the Xbox One, PS4, and PC.

That’s right, there’s no mention of next-gen versions, though it’s tough to imagine that it won’t appear on PS5 and Series X. Ubisoft after all, has quite the early-adopter rep.

Tags Prince of Persia: The Sands of Time PS4 ubisoft Xbox One

Jason's been knee deep in videogames since he was but a lad. Cutting his teeth on the pixely glory that was the Atari 2600, he's been hack'n'slashing and shoot'em'uping ever since. Mainly an FPS and action guy, Jason enjoys the occasional well crafted title from every genre.
@jason_tas
Previous Rune II’s gigantic campaign update is live
Next Trailer: Get a look at the villainous Safin in No Time to Die