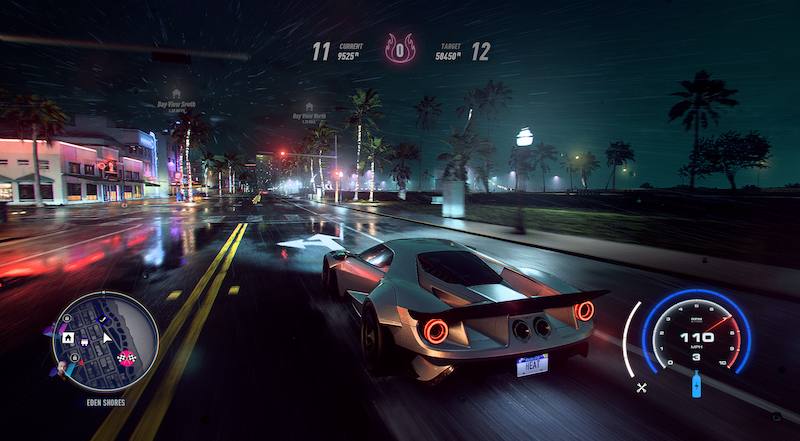 EA’s latest racer is getting brand new feature tomorrow. Fans will be able to play Need for Speed Heat together across PS4, Xbox One, and PC.

Heating up the summer

No, there hasn’t been a new Need for Speed announcement just yet from publisher EA. Although there is some interesting news to share as to the latest release in the series, Heat.

Releasing in November of last year, Heat’s launch didn’t have much fanfare. That’s not to say that it wasn’t a solid release though. We didn’t review the Criterion Games title, but scores seemed above average in general.

And if you have the game in your library, or you’re still playing it actively, you’ll be pleased to know that EA has a little surprise for you. Starting tomorrow (June 9th), Heat will be stocked with a cross-platform multiplayer capability.

Gamers will be able to race against their friends (or whoever) across the PS4, Xbox One, or PC. So whatever platform you play on, the streets just got a lot more crowded.

The new addition comes with the game’s release on Steam, as a part of EA’s renewed push back to Valve’s digital PC game storefront. Heat joins the likes of 2016’s Need for Speed soft reboot and Need for Speed Rivals. All three games are available on the platform this week.

Jason's been knee deep in videogames since he was but a lad. Cutting his teeth on the pixely glory that was the Atari 2600, he's been hack'n'slashing and shoot'em'uping ever since. Mainly an FPS and action guy, Jason enjoys the occasional well crafted title from every genre.
@jason_tas
Previous Marvel reschedules FCBD 2020 freebies for July
Next Street Fighter, Robotech pinbooks and Terminator bookend debut from Icon Heroes