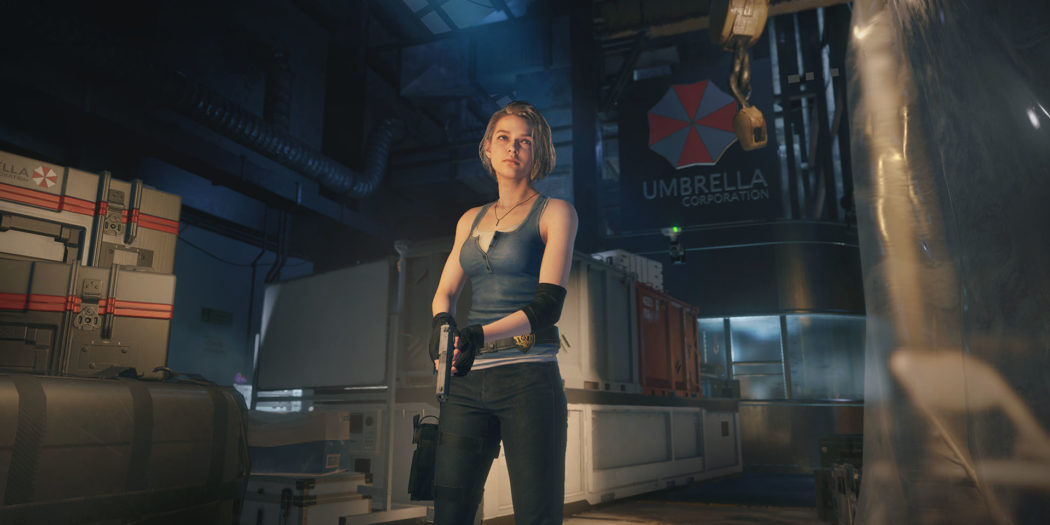 If you are a Resident Evil fan with any history, you’ve no doubt played Resident Evil 3. Originally launched on the PSOne, the game took place in roughly the same timeframe as RE2.

Only instead of Leon and Claire, gamers got to step into the boots of original game hero Jill Valentine, as well as Umbrella operative Carlos Oliveira. Capcom threw in a mighty variable too, with Nemesis. A monstrous beast of a bioweapon, this unstoppable juggernaut would stalk you throughout the campaign.

Now all of the above are back, but in a package that’s a hell of a lot better looking.

The pulse-pounding narrative of Resident Evil 3 bookends the events of last year’s award-winning Resident Evil 2. Putting players in the role of S.T.A.R.S. member Jill Valentine, Resident Evil 3 follows her desperate escape from a city torn apart from the inside by zombies and other horrifying creatures. Blocking her path is the seemingly unstoppable and brutally intelligent bioweapon Nemesis – one of the series’ most notorious adversaries. Jill is not alone in her endeavor to escape – players can also experience a slice of the chaos of Raccoon City as unexpected ally Carlos Oliveira, a member of the Umbrella Biohazard Countermeasure Service (U.B.C.S.) who’s on a mission to evacuate civilians.

Brand new to the RE3 experience is a multiplayer mode called Resistance. This is an asymmetrical gameplay experience, with one player taking not he role of basically a dungeon master, and the rest the parts of ‘survivors’.

You can probably figure it from there, but the DM-player (called the Mastermind) gets to throw monsters and such at the survivors to try and stop their progression. Kind of fun. It definitely doesn’t sound like something that could stand on its own, but then again it isn’t. And as a throw in, it’s pretty slick.

Resident Evil 3 is available now for the Xbox One, PS4, and PC (via Steam).

Jason's been knee deep in videogames since he was but a lad. Cutting his teeth on the pixely glory that was the Atari 2600, he's been hack'n'slashing and shoot'em'uping ever since. Mainly an FPS and action guy, Jason enjoys the occasional well crafted title from every genre.
@jason_tas
Previous Nintendo Download: Good Job, Fantastic Four!
Next Preload’s for Final Fantasy VII are go