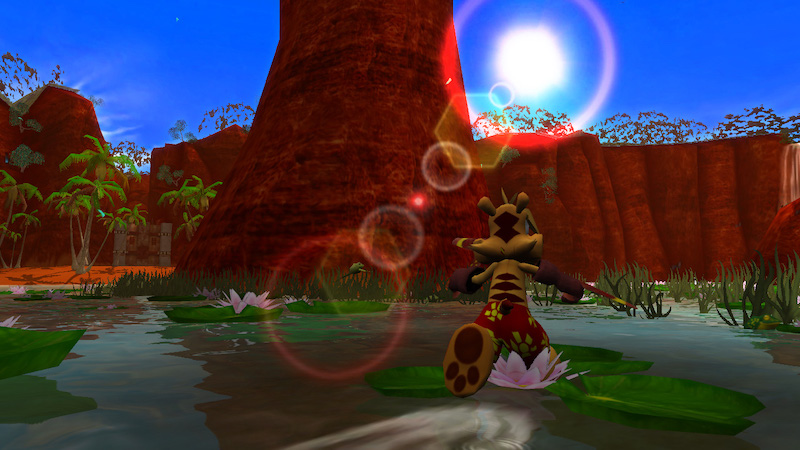 Remastered and out now for Nintendo’s Switch is Krome Studios’ relaunch of the PS2 action/platformer Ty the Tasmanian Tiger.

It’s been a while since gamers have seen that other anthropomorphic Australian hero. Ty first debuted on the PS2 and Xbox way back in 2002. An action/platformer, Ty was the starting point for a series that ran through a total of 4 games.

Now he’s back, but not with something new. Developer Krome Studios has instead gone back to the beginning for a port of the original Ty game, and brought it to the Nintendo Switch.

As you might imagine though, this tiger’s got some new tricks up his sleeve.

A new addition to the original, TY the Tasmanian Tiger HD will challenge you with Hardcore Mode; be awesome you only have one life. And thanks to dedicated fans – via a successful Kickstarter campaign – TY has new TY character skins for everyone to play. Added to the game credits are over 2000+ backers, including 44 custom drawings by the creator, Steve Stamatiadis.

Sporting 17 levels packed with collectibles to grab, Ty the Tasmanian Tiger is out right now on the Nintendo Switch in the US. Other territories’ versions will be landing in the coming days.

Jason's been knee deep in videogames since he was but a lad. Cutting his teeth on the pixely glory that was the Atari 2600, he's been hack'n'slashing and shoot'em'uping ever since. Mainly an FPS and action guy, Jason enjoys the occasional well crafted title from every genre.
@jason_tas
Previous QuakeCon 2020 cancelled
Next Dark Horse releases a bunch of free books to keep you busy