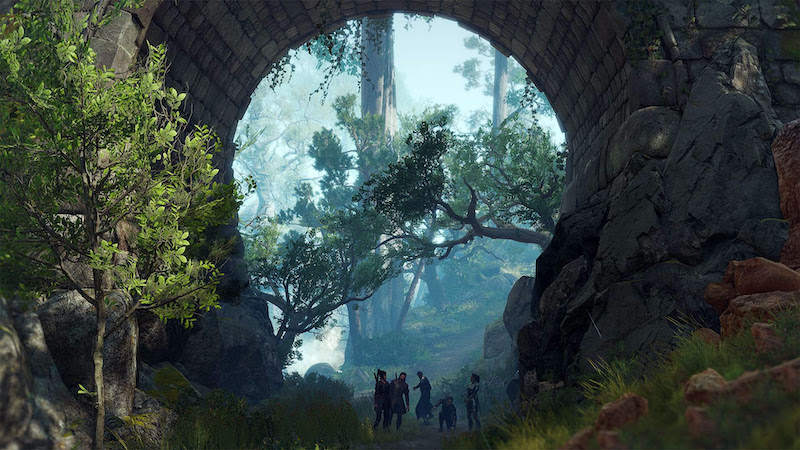 The third game in the Baldur’s Gate series is coming, and it looks like Larian Studios is cooking up something pretty spectacular.

Baldur’s Gate is about to undergo a few big changes. Well, one big change at any rate, being that it’ll be shifting from real-time action to turn-based. That’s bound to cause some fan discomfort, but this first trailer for the role-playing game might soothe it some.

That’s to say that it’s pretty incredible looking. Of course, this is not in-game stuff, but it looks so good and it’s honestly thrilling. I have a tough time not getting excited to see the finished product.

Gather your party for a tale of fellowship and betrayal, sacrifice and survival, and the lure of absolute power. Abducted, infected, lost… You are turning into a monster, drawn from a Mind Flayer parasite planted in your brain, but as the corruption inside you grows, so too does your power. That power may help you to survive, but there will be a price to pay. More than any ability, the bonds of trust that you build within your party could be your greatest strength. Caught in a conflict between devils, deities, and sinister otherworldly forces, you will determine the fate of the Forgotten Realms together. Resist and turn darkness against itself — or embrace corruption and become the ultimate evil.

Created in the Divinity 4.0 engine, the game’s so far great looking. It’s also set to be pretty deep too, with a world that will react to your choices, according to Larian.

You’ll be able to make your own character of course, but also choose between a few pre-made heroes, each with “a hand-crafted background”. As you might imagine too, you can play solo or in a party of up to 4.

There’s no release date just yet for Baldur’s Gate 3, but Larian says to expect it to hit Early Access on PC later this year.

Jason's been knee deep in videogames since he was but a lad. Cutting his teeth on the pixely glory that was the Atari 2600, he's been hack'n'slashing and shoot'em'uping ever since. Mainly an FPS and action guy, Jason enjoys the occasional well crafted title from every genre.
@jason_tas
Previous Toy Fair 20: Halo, Fortnite, AEW, UFC and more at Jazwares
Next Coming up: The games of March 2020