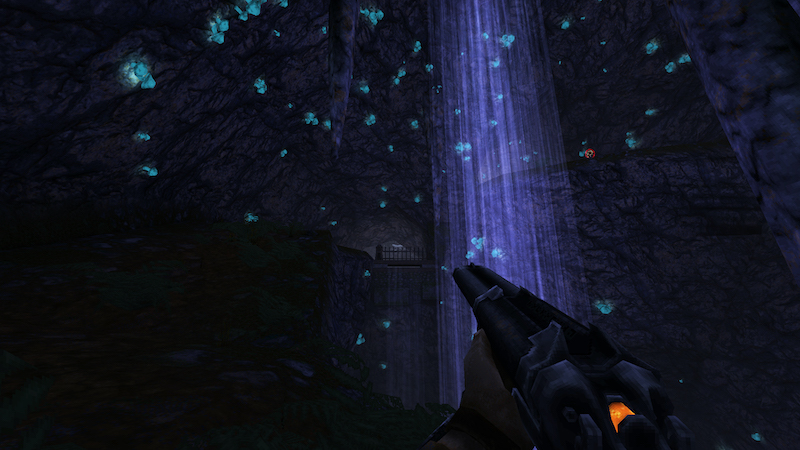 Shooter Wrath might still be in Earl Access, but that’s not stopping it from expanding. The game now has a new enemy, map, and more.

If you’ve yet to play Wrath: Aeon of Ruin and you’re a fan of 90s FPS’ like Quake, then it’s a game that you’ll probably what to check out. Set in a dark fantasy world, Wrath is actually powered by the original Quake engine. So it’s retro for real.

It’s been in Early Access for a while now, which is Steam’s way of letting gamers play games before they’re ready for official launch. One other thing that Early Access offers is constant refinement, since again the games are not done yet.

To that end, Wrath has expanded. The game now has added a new level with The Gardens, complete with a new enemy to battle, and a new artifact to find.

The Gardens, a sprawling ancient facility once known for bountiful harvests, lays in rot. Massive rusted iron domes hide terraces of decomposing vegetation and fissured aqueducts now rife with creatures hellbent on tearing Outlander apart. This new level hosts a number of new secrets to plunder, including a new enemy and Artifact.

A devastating foe known as the Wretch skulks within the putrid garden. This fast, muscular creature utilizes a massive energy cannon stitched through the core of its body. Move quickly and strike true or suffer the consequences.

To even the odds, Outlander has a powerful new Artifact: Confounding Attar, a small vial of bewildering oil capable of pitting foes against one another. Take advantage of the ensuing chaos as they tear themselves apart and rend the enemies’ mottled flesh with the Ruination Blade.

Wrath: Aeon of Ruin is available only on Steam’s Early Access right now, but will be landing on the Nintendo Switch, PS4, and Xbox One later this year.

Jason's been knee deep in videogames since he was but a lad. Cutting his teeth on the pixely glory that was the Atari 2600, he's been hack'n'slashing and shoot'em'uping ever since. Mainly an FPS and action guy, Jason enjoys the occasional well crafted title from every genre.
@jason_tas
Previous Snake-Eyes: Deadgame (Comics) Preview
Next Samurai Showdown out now on Switch