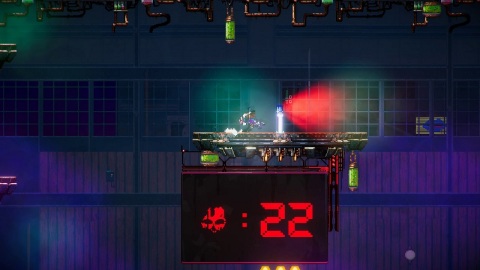 It’s slim pickings this week for Nintendo gamers, as there’s nothing of note landing on Switch. Headliners include The Touryst and Black Future ’88.

Yeah, there ain’t much

Well. If you’re looking for big games, it’s time to look elsewhere. As good as the Nintendo Downloads have been lately, this week is the exact opposite of “good”. There are headline games, no doubt, but even they aren’t any kind of triple-A titles or indie darlings.

As such, I’m not really going to say much about them. Scroll on down and see what’s what for yourself.

Jason's been knee deep in videogames since he was but a lad. Cutting his teeth on the pixely glory that was the Atari 2600, he's been hack'n'slashing and shoot'em'uping ever since. Mainly an FPS and action guy, Jason enjoys the occasional well crafted title from every genre.
@jason_tas
Previous Episode 63: The Return
Next Super7’s Transformers ReAction figures are available now