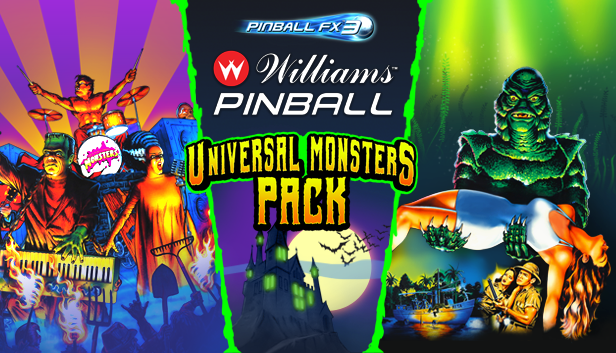 Home / Android / ‘Tis the season for some Universal Monsters pinball

‘Tis the season for some Universal Monsters pinball

It’s almost Halloween, and you know what that means. Yep, monsters everywhere, even in your pinball. Universal Monsters, in this case.

Zen has, to put it mildly, been cranking out some quality pinball sims for a long time. They’re pretty much the name in the market, and have a great fanbase that keeps the line cooking with some excellent licenses.

Case in point here with Universal Monsters. The timely announcement was made by the developer this week, with creepy creatures joining in on the steel ball fun of Zen’s Pinball FX3 platform.

A total of two new tables will be up as fresh dlc for the game. Expect to see the Creature from the Black Lagoon and Frankenstein-themed sets.

You’ll be able to pick up either of the above to add to your copy of Pinball FX3 on October 29th. The Universal Monsters tables will be hitting the platform for the PS4, Xbox One, Nintendo Switch, Windows 10, Steam, iOS, and Google Play.

Jason's been knee deep in videogames since he was but a lad. Cutting his teeth on the pixely glory that was the Atari 2600, he's been hack'n'slashing and shoot'em'uping ever since. Mainly an FPS and action guy, Jason enjoys the occasional well crafted title from every genre.
@jason_tas
Previous Control updated with Photo Mode
Next Check out the visual glory of Modern Warfare on the PC