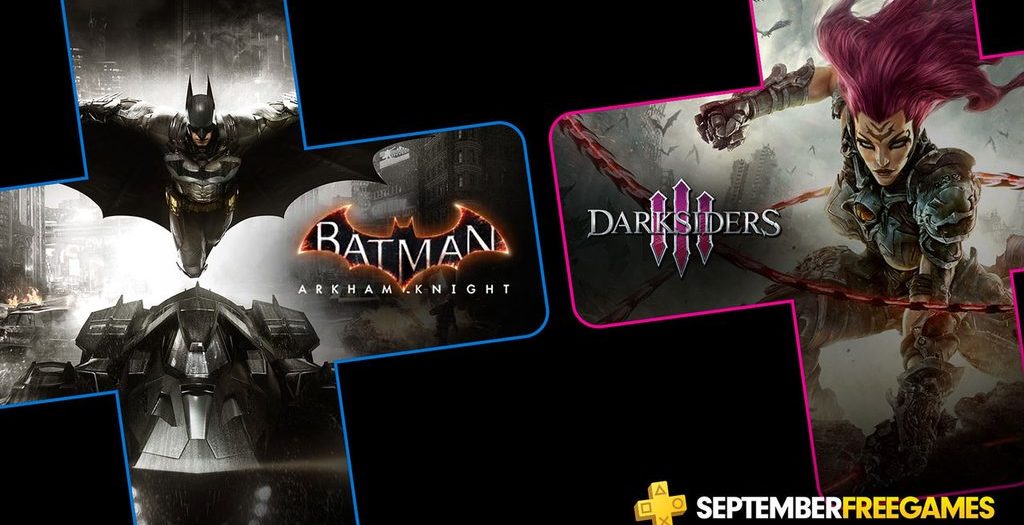 Well isn’t this a nice surprise. PlayStation+ subscribers are in for a double treat next month, as September brings Darksiders 3 and Arkham Knight.

Since being limited to two PS4 games for the month, with nary a PS3 or Vita game in sight, PS+ has been somewhat lackluster. There have been a few gems as I recall, but most months have been neither here nor there.

You might’ve noticed that changing lately though, with some solid titles hitting the “free” designation on the service. And yes, that happily includes the slate for this coming month.

September seriously ups the ante for the service’s subscribers with a pair of pretty high quality releases.

Descend into the besieged streets of Arkham City as DC’s most-iconic crime-fighting crusader in Rocksteady’s neo-noir action adventure and explosive finale to the Arkham series.

Pull on the legendary black cowl and explore the vast neon metropolis, grappling up walls and vaulting across rooftops, gliding between buildings, or tearing through the streets in the super-powered Batmobile.

Go up against some of the caped crusader’s most iconic enemies, including Scarecrow, Harley Quinn, Killer Croc and more, using brutal hand-to-hand combat and an array of gadgets to liberate the over-run city once and for all.

Are you ready to become the Batman?

Take on the role of Fury, the most unpredictable and enigmatic of the Four Horseman, as she returns to the scorched Earth to hunt down and destroy the Seven Deadly Sins. Track down each of the Seven Deadly Sins, slay their minions, and restore the balance between good and evil on Earth.

All in all, that makes for a really nicely rounded month for PlayStation fans. The fun starts on September 3rd, and you’ll have until the 30th of the month to grab either (or both) title.

While you’re waiting for that, don’t forget that August’s games are still posted until the 2nd. Those included Wipeout Omega Collection and Sniper Elite 4.

Jason's been knee deep in videogames since he was but a lad. Cutting his teeth on the pixely glory that was the Atari 2600, he's been hack'n'slashing and shoot'em'uping ever since. Mainly an FPS and action guy, Jason enjoys the occasional well crafted title from every genre.
@jason_tas
Previous Classic Aladdin and Lion King games returning to consoles
Next Terrifying new Man of Medan launch trailer arrives