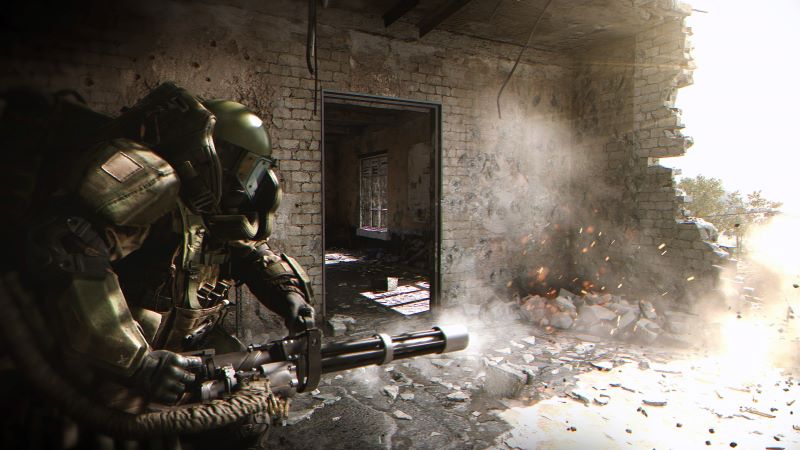 Do you have a PlayStation 4 and love Call of Duty? Then you’ll be happy to know that you can pre-load the 2 versus 2 alpha test for Modern Warfare.

Call of Duty: Modern Warfare is back, and careening towards a release this October 25th. The latest game in the Activision series, from developer Infinity Ward, is looking great so far with incredible graphics and the usual action-packed gameplay.

It’s also carrying on another current-gen tradition, handing content to PS4 gamers first. That includes the upcoming 2 versus 2 multiplayer alpha test. Activision has announced that the test is ready for pre-loading as you read this, via the PlayStation Store on the PS4.

This 2v2 Alpha will be a brand-new experience. The 2v2 gameplay, known in-game as Gunfight, is fast-paced, small team cage-match style public Multiplayer game that will test your individual skill, your teamwork with a duo partner, and, ultimately, deliver a weekend’s worth of fun that will leave you wanting more when the Beta rolls around on September 12, and the game launches on October 25.

Yep, Modern Warfare’s full-on retail edition is right around the corner. The alpha of course, starts way before that. Once you’ve downloaded the demo, you’re ready to play… tomorrow.

Check out the particulars right here on the PS Store.

Jason's been knee deep in videogames since he was but a lad. Cutting his teeth on the pixely glory that was the Atari 2600, he's been hack'n'slashing and shoot'em'uping ever since. Mainly an FPS and action guy, Jason enjoys the occasional well crafted title from every genre.
@jason_tas
Previous Skywarp and Drift join Flame Toys’ Transformers model line
Next Hot Wheels enters the video game arena with new mobile title