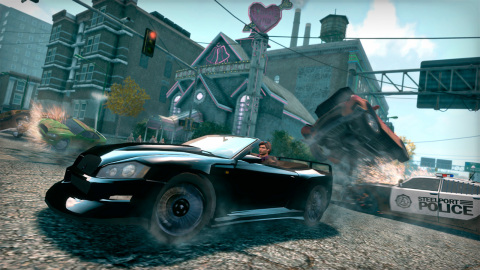 Nintendo Download: The Saints Go Marching In … to Nintendo eShop

The Saints Row series finally comes to the Nintendo Switch this week with one of the most popular games in the series – Saints Row: The Third.

The 3rd game in the long running Saints Row series might be the best-loved out of the 4. It lacked the (completely) over the top, sci-fi shenanigans of IV, while offering a well crafted take on the open-world genre. And of course, it still had plenty of the series’ staple humor attached.

Now it’s available on the Switch, and in Full Package format. That means that pretty much everything that was released for SR3 is included. Minus a few things that the developer actually left out due to balance concerns, this is indeed the “complete” version of the game.

If it’s not your bag though, not to worry. There might be something else in Nintendo’s slate of releases this week to grab your attention. Sniper Elite v2 Remastered, Redout, Lovecraft’s Untold Stories and more are all coming up.

Jason's been knee deep in videogames since he was but a lad. Cutting his teeth on the pixely glory that was the Atari 2600, he's been hack'n'slashing and shoot'em'uping ever since. Mainly an FPS and action guy, Jason enjoys the occasional well crafted title from every genre.
@jason_tas
Previous Episode 61: Free Games Can Be Bad
Next Street Fighter’s Akuma takes on hell itself in new comic