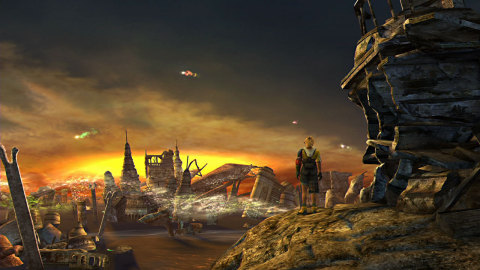 It’s a Final Fantasy kind of week in the Nintendo Download. X/X-2 HD Remaster lands on Switch, along with a few other gems.

Not 1 but 2 classic Fantasies land for Nintendo gamers this week with both Final Fantasy X and X-2 Remasters. The games are available as a pack for $49.99 USD. It doesn’t seem like there’s any way to buy them separately though, so you’ll have too grab both if want either.

Additionally, this week brings the digital pre-order for Mortal Kombat 11, the critically acclaimed Hellblade, and the remaster for the classic adventure game Shadowgate. All around, pretty solid.

Jason's been knee deep in videogames since he was but a lad. Cutting his teeth on the pixely glory that was the Atari 2600, he's been hack'n'slashing and shoot'em'uping ever since. Mainly an FPS and action guy, Jason enjoys the occasional well crafted title from every genre.
@jason_tas
Previous EGX Rezzed 2019 Hands-On: Drink More Glurp
Next It’s everything vs you in the new Rage 2 trailer