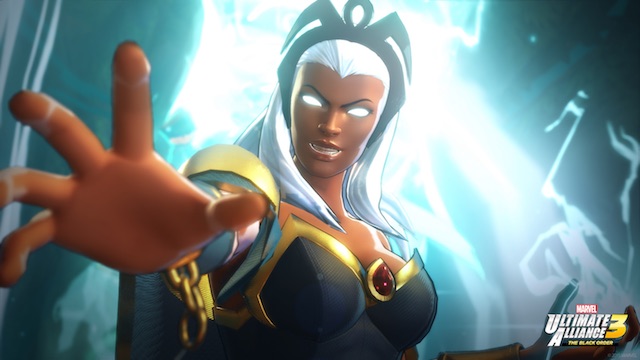 A few more heroes are shown off in this new volley of screen shots from Marvel Ultimate Alliance 3 for the Nintendo Switch.

Since its surprise announcement, the Switch-exclusive Marvel Ultimate Alliance 3 has easily become one of the most hotly anticipated games for the console. That’s a pretty easy feat to achieve though, considering that the series is still super popular and hasn’t had a new entry in years. So, to put it mildly, fans are dying to play this. Since that reveal though, we haven’t really heard much about the game.

That changed at this week’s Nintendo Direct, as a bunch of new screens were released. They include a brief look at gameplay, and a selection of previously unannounced playable heroes.

The gameplay is looking very similar to what we’ve seen before. There look to be team moves, as well as the staple four-player co-op. And the graphics look quite good, significantly better than the last game’s. Standing out however, are the heroes.

Not only do we get a look at the already assured Captain Marvel, but also Iron Fist, Venom (who looks awesome), and Storm. That last selection is an extra-cool one if you’re an X-Men fan.

With both Storm and Wolverine in the game, it becomes ever more likely that you’ll be able to assemble a quality foursome of X-Men with which to battle against Thanos. Here’s to hoping anyway.

Stay tuned, Marvel Ultimate Alliance 3 is due out this year, exclusively for the Nintendo Switch.

Jason's been knee deep in videogames since he was but a lad. Cutting his teeth on the pixely glory that was the Atari 2600, he's been hack'n'slashing and shoot'em'uping ever since. Mainly an FPS and action guy, Jason enjoys the occasional well crafted title from every genre.
@jason_tas
Previous Bloodstained: Ritual of the Night flips upside down in new trailer
Next Toy Fair 2019: DC Comics heads to McFarlane Toys