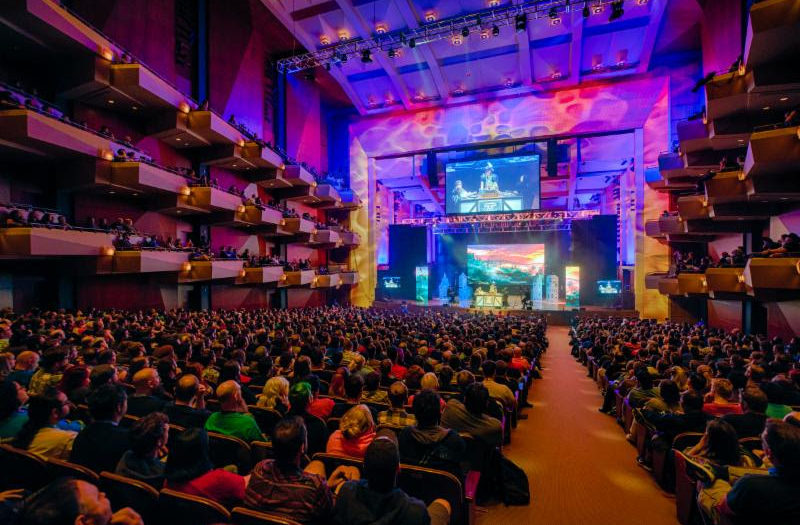 Ever wanted to go to PAX East, or might you be planning a return trip? Badges are on sale as of today, so get ’em while the getting is good.

It’s that time once again. Well, not really… almost. So of course, with 2019’s PAX East not all that far off into the future, the great badge sale has begun. Single day passes went on sale today for the show, which is set to once again run for a four day window. This is just the second year for that, and the second year that it’ll occupy the Boston Convention and Exhibition Center.

“When we held the first East, we hoped the show would one day be big enough to need the BCEC,” said Jerry Holkins, co-founder, Penny Arcade. “A decade later, the BCEC is like a second home for us. Grab tickets while you can.”

Indeed. As someone who regularly attends these big shows, I can tell you that getting tickets as fast as you can is a good idea. I’ve never been to PAX East, but generally these things sell out fast.

Those looking to bring their PC’s along for the ride, and take part in the LAN party, will also be able to secure space for themselves, but not just yet. PAX does say that you will be able to acquire BYOC tickets in the near future though, so watch for that some time soon.

As you might imagine there’s some show-specific swag that you’ll be able to buy too. And actually, it’s pretty reasonably priced.

Exclusive PAX East 2019 merchandise is also available and will ship prior to the show. A Level Up PAX East Dice Stand + Dice is limited to 1000 units, and costs $75. The PAX East 2019 Office Set is $55 and includes a pen cup, stapler, tape dispenser, tray, as well as three pens with black ink. A PAX East 2019 Zipper Bag, perfect for holding pens, pencils and pins, can be purchased for $20.

PAX East kicks off in Boston on Thursday, March 28th. It will run through that Sunday, the 31st of the month. You can grab tickets here.

Jason's been knee deep in videogames since he was but a lad. Cutting his teeth on the pixely glory that was the Atari 2600, he's been hack'n'slashing and shoot'em'uping ever since. Mainly an FPS and action guy, Jason enjoys the occasional well crafted title from every genre.
@jason_tas
Previous DC Universe kicking off Holiday merchandise sale
Next Episode 51: Red Dead Regrets, 2