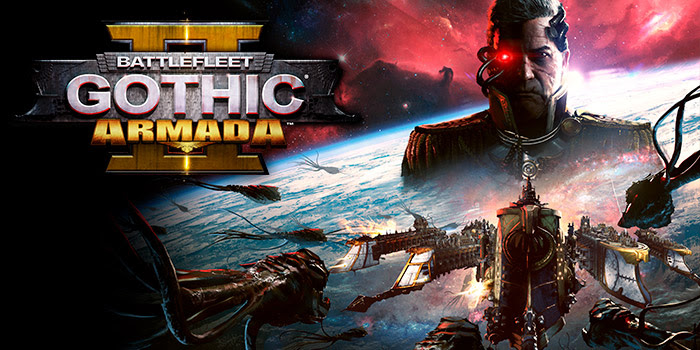 Fans will have to wait a bit longer for Battlefleet Gothic: Armada 2. The spacefaring Warhammer 40k game will be hitting in 2019.

Yes, the sequel to Battlefleet Gothic: Armada will be delayed a bit. But it seems that there could be a lot to look forward to for 40K fans.

From the looks of it, there’s a lot going on in that trailer. I think there might be a pretty good reason for that too. Mainly, it’s because is certainly seems like there’s a ton to Battlefleet Gothic: Armada 2. Honestly, what’s been announced for part two of this young series is impressive.

The new game stars 3 separate campaigns, all of which are playable in co-op multiplayer. That’s a hell of a lot of co-op play, especially for a strategy game. Aside from the narratives, there are 12 playable factions as well, and gameplay that the dev promises is “meticulously refined” over the first installment.

Set after the devastating events of the Gathering Storm Event, which wreaked havoc upon the universe of Warhammer 40,000, Armada 2 features every faction from the original Battlefleet Gothic tabletop game. Each one was updated and revised for the modern setting with new ships and lore, yet with the same bloodthirsty need for galactic domination. Whether you’re a thoroughly corrupted Chaos cultist or a fan of the ever-curious, never-outgunned Tau, you will find a fleet for you within Battlefleet Gothic: Armada 2.

Though the game isn’t set to pull onto PCs till January, Battlefleet Gothic: Armada 2 is available for pre-order now. Newcomers to the series will get a tidy 10% off the asking price for reserving a digital copy now.

Veterans will get even better. If you already own the first game on Steam, you’ll get a very nice 25% off the second. Again though, that’s only if you pre-order.

Jason's been knee deep in videogames since he was but a lad. Cutting his teeth on the pixely glory that was the Atari 2600, he's been hack'n'slashing and shoot'em'uping ever since. Mainly an FPS and action guy, Jason enjoys the occasional well crafted title from every genre.
@jason_tas
Previous Part one of the WWE 2K19 is live, shows off first of massive cast
Next LEGO DC Super-Villains gets a Season Pass with Shazam and Aquaman content