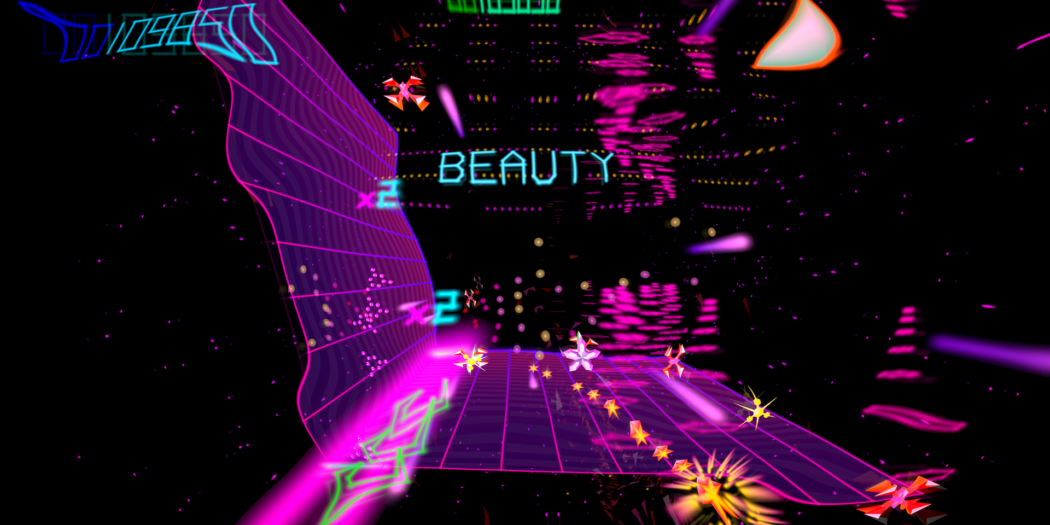 Tempest returns, hitting modern consoles with Tempest 4000. Though, you might have to check to make sure you’re not playing on a Jaguar.

Tempest is probably not a series that would spring to mind immediately when you think “classics”, but it is nonetheless just that. The game has been around for a long time, hitting arcades first way back in 1981. Though that’s not where I best remember it from. And I’d wager most gamers who do have fond memories of the series are the same.

Tempest 2000 debuted on the Atari Jaguar in 1994. Yes, I know that console didn’t have the deepest base, but it pretty quickly became one of the Jag’s best titles. Of course, it didn’t hurt that the Jaguar had a library that I think worked out to be under 50 games, but still. 2k was great fun, and shooter nirvana for me. Seriously, I’m not even really into shoot ’em ups and I loved it.

From Jeff Minter’s studio Llamasoft, Tempest 2000 starred a gameplay style that I’ve never seen anywhere else. Basically, play centers around a claw-like “ship” that is bound to a wireframe shaped level. The shape of that frame changes depending on the level that you’re playing, though the ship never does. Tempest 4000 is much the same, in both form and function. 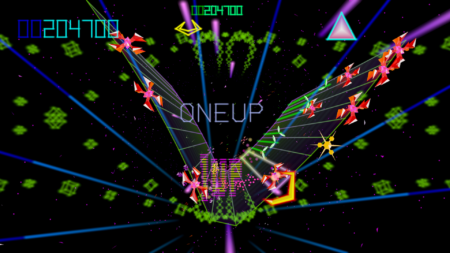 You move this little claw/ship around the frame, firing down towards the far end, 3D-style. You plug away at baddies of various design. They don’t just stay put though, as they constantly advance on you, making their way to your side of the “map”. Once they get there it is extremely easy to see the “Game Over” screen.

That’s right, much like its predecessor, Tempest 4000 is a tough game. You might say it’s fairly unforgiving, though it also can be tons of fun. And the graphics style, with the wireframe and geometric shapes in full effect, is still striking even today. That’s a good thing too, since again – not too much has changed for the series.

Looks the same, but different

Much like the previous game, Tempest 4000 has a retro theme with old school visuals galore. That is however, part of the problem. 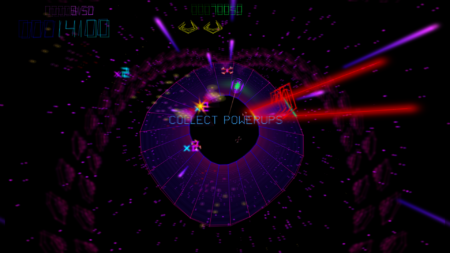 Tempest 4000 reminds me almost too much of Tempest 2000. Now, that might be partially due to me not having played T2k in years and years, but booting up T4k and playing it makes me feel like I’m playing that previous volume. It does not make me feel like I’m playing an evolution of it. Here’s the thing too though, I’m not sure how different you can make this game.

What I was talking about earlier in this article kind of is Tempest. That’s the gameplay, and there’s very little that a developer can do to change it. Alter it too much, and you’re making a different experience. More or less, the frames that make up the levels are the big differences between games. That, and the power-ups.

I guess I do have to add in that special effects added in can make up some difference too. And there are added flourishes here in Tempest 4000. I do hear that there was another Tempest though, that came just before this, and that that game might actually have had some cooler stuff happening visually. I have no way to judge that though, since I’ve never played it, so take that with a grain of salt.

Likewise, the controls are very similar to Tempest’s past. What’s kind of weird is that it seems like this newest version is a little more fast-paced than what I am used to. I remember Tempest 2000 being very smooth and easy to control, but this feels a little jittery.

It seems like the claw jumps around a little too much and a little to fast. When the going gets rough, it can get a little too tough to get a lock on enemies and dispatch them with precision. That can start to approach aggravating levels when the game moves on, since it gets a good deal tougher. 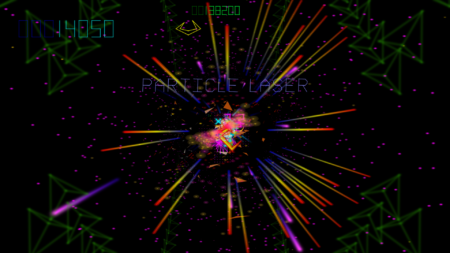 Also, I have to add in that there’s a little controllable cut-scene between levels. This sees you guiding your ship through some kind of hyperspace, accruing bonus points. It’s kind of neat, though more like filler while the next level loads than anything else.

Even though there are things here that might be vary familiar to fans, Tempest 4000 is still probably worth your time. Amplify that thought a bit too if you’ve never played a game in the series before since there’s really nothing else like Tempest.

There’s tons of shooting to be done here, and some funky-retro looks that are hard not to enjoy.

Gameplay feels a little too skittery at times - 75%

There's a lot to like about Tempest 4000. The game has some fast and furious gameplay that's loaded with tense moments, nice retro-themed wireframe graphics, and solid tunes. So what's not to like? I found that the play can get a little TOO frantic at times, and it's extremely familiar if you have played a Tempest game in the past.

Jason's been knee deep in videogames since he was but a lad. Cutting his teeth on the pixely glory that was the Atari 2600, he's been hack'n'slashing and shoot'em'uping ever since. Mainly an FPS and action guy, Jason enjoys the occasional well crafted title from every genre.
@jason_tas
Previous One:12 Netflix Daredevil figure hits pre-order at Mezco’s online shop
Next Batman: Three Jokers to be DC Comics: Black Label book