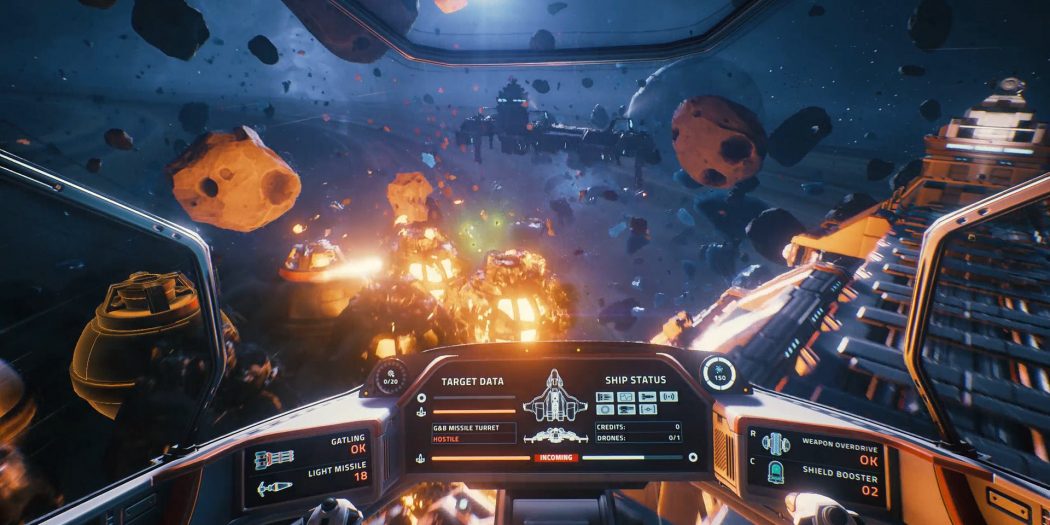 Home / News / Everspace finally goes into pre-order on the PS4

Everspace finally goes into pre-order on the PS4

An unbelievably good looking space sim/shooter, Everspace has been ripping it up on the PC for a while now. PS4 gamers should take note however, as it’s finally arrived for pre-order on your console of choice.

Everspace is a pretty game. No, like a really pretty game. It’s a space-based shooter with more special effects that you can throw a warp drive at, and some nifty gameplay to back it up. It’s also kind of a roguelike, so it’s different every time you play.

But even though the levels are procedurally generated, Everspace does offer up a narrative to play through. This isn’t a strictly “arcade” experience. And right from the jump, PS4 owners will be able to take advantage of not just the base game, but also the expansion pack.

Everspace will run you $29.99 USD for the PlayStation, less a 20% discount if you’re a PS+ subscriber. The expansion, which is also available for the PC version,  will cost you an additional $9.99, but it might be well worth that. That’s because it adds in a whopping ten more hours of play time.

EVERSPACE™ – Encounters adds 10 hours of gameplay to the base game including five new questlines, all new factory space stations to augment play with on-the-fly services such as refining and converting resources to upgrade ship capabilities and conduct crucial repairs. The Encounters DLC also provides access to a new player ship – bringing the total to four – a medium fighter class ship called the Colonial Sentinel, packed with sophisticated electronic weaponry, interstellar pilots also have a wealth of devices and consumables as well as a special emergency shield if hull integrity on the ship is jeopardized through intense space combat. Furthermore, daring space pilots can pay the Okkar Homeworld a visit, too.

All of the above hits Sony’s console on May the 22nd. But if you want to secure yours ahead of that, and grab that download as soon as possible, it is up for pre-order right now.

Jason's been knee deep in videogames since he was but a lad. Cutting his teeth on the pixely glory that was the Atari 2600, he's been hack'n'slashing and shoot'em'uping ever since. Mainly an FPS and action guy, Jason enjoys the occasional well crafted title from every genre.
@jason_tas
Previous Shadowman #4 (Comics) Preview
Next Episode 36: Sonic Mania, Tomb Raider and More