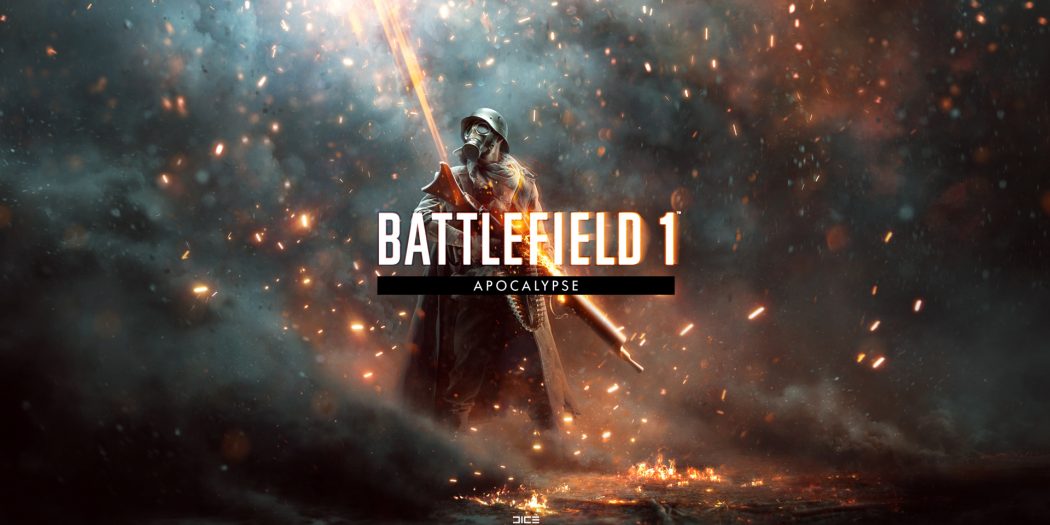 Home / News / The Apocalypse is coming to Battlefield 1

The Apocalypse is coming to Battlefield 1

Believe it or not, Battlefield 1 is still going strong over a year after it hit retail. And things are about to heat up big time with the latest dlc pack, Apocalypse.

With Apocalypse, EA is promising some of “the most brutal battles of the cataclysmic Great War”. If that’s to be believed, then this new pack should be bringing some serious fireworks to Battlefield 1.

A total of five new maps will be inbound, which include “the bloody, muddy hell of Passchendaele and the Austro-Italian clash of Caporetto”. According to the publisher, “these are two of the most infamous battles of World War 1”.

So what else is in the pack? Here’s the official rundown:

The scenic wheat fields by River Somme transform into a nightmare after devastating artillery barrages. On London Calling and Razor’s Edge maps, players can live out their dogfight fantasies in aerial combat, including mastering the skies in the new Air Assault game mode. Players will also get their hands on new vehicles, weapons, and gadgets, along with new ranks, Service Assignments, Specializations, and Dog Tags.

While we’re talking about what’s coming up though, don’t forget that you can still get in on the Turning Tides Gallipoli trial. Turning Tides hits for Battlefield 1 later this month, and this trial won’t give you an early look at it. But what it will do is give B1 players who haven’t bought into the previous dlc a taste of what they’ve been missing.

Those that take part in Gallipoli will get to play with all the stuff included in In the Name of the Tsar and They Shall Not Pass, the two previous dlc packs. There are quite a few additions in there, so it should give you a good taste of what’s been happening post-launch.

That trial ends on the 22nd however, so you might want to act fast. As for Apocalypse, that’s hitting for Premium Pass owners next month.

Jason's been knee deep in videogames since he was but a lad. Cutting his teeth on the pixely glory that was the Atari 2600, he's been hack'n'slashing and shoot'em'uping ever since. Mainly an FPS and action guy, Jason enjoys the occasional well crafted title from every genre.
@jason_tas
Previous Hulk is back, and he’s bringing a bunch more variant covers with him
Next January 24th Valiant Comics previews: X-O Manowar and Ninja-K