The new year is here, and with it, some new Nintendo Switch games. 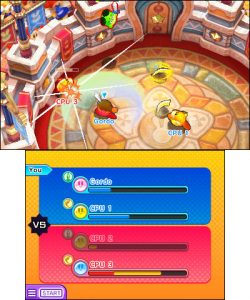 And I really do mean *some.* There is a new demo on the 3DS, and four new Switch games this week, including the mandatory Neogeo game. Take a look to see if anything interests you:

That’s it! Not too much going on, but as a huge fan of big monsters, I can assure you, I will be grabbing King of Monsters when it is available.

Erich was introduced to gaming by his grandfather before he could walk. Since then, he has grown up loving Nintendo and most games in general. He couples his love of videogames with journalism to cover news, provide reviews and tell it how it is in the gaming world.
Previous Episode 24: Happy New Year!
Next January 10th Valiant Previews: Bloodshot and Ninjak v Valiant