Nintendo Download: The first Pokemon game on the Nintendo Switch

Yes, as the headline reads, there is a Pokemon game hitting Switch this week. But it’s actually a pretty big week all around.

Another Wii U game gets a Switch upgrade this week, with Pokken Tournament arriving on Nintendo’s latest platform. A fighting game, Pokken stocks 20 different Pokemon that you can play as across multiple modes.

It might be the biggest title this week, but it’s not the only one. Not by a long shot actually.

There’s even some stuff for the 3DS in the form of Pokemon Gold/Silver in the Virtual Console, and a few Wii U titles. Nothing amazing, but still.

Have a peek at the full listing below. 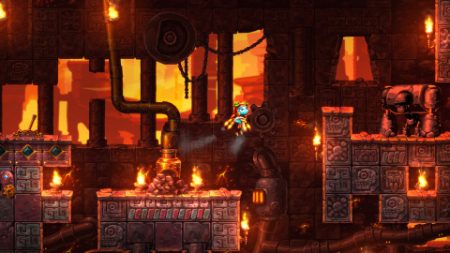 Jason's been knee deep in videogames since he was but a lad. Cutting his teeth on the pixely glory that was the Atari 2600, he's been hack'n'slashing and shoot'em'uping ever since. Mainly an FPS and action guy, Jason enjoys the occasional well crafted title from every genre.
@jason_tas
Previous Marvel Comics unveils five more series’ in its Legacy lineup
Next Batman Animated busts, Gotham figures and more – this week from DST